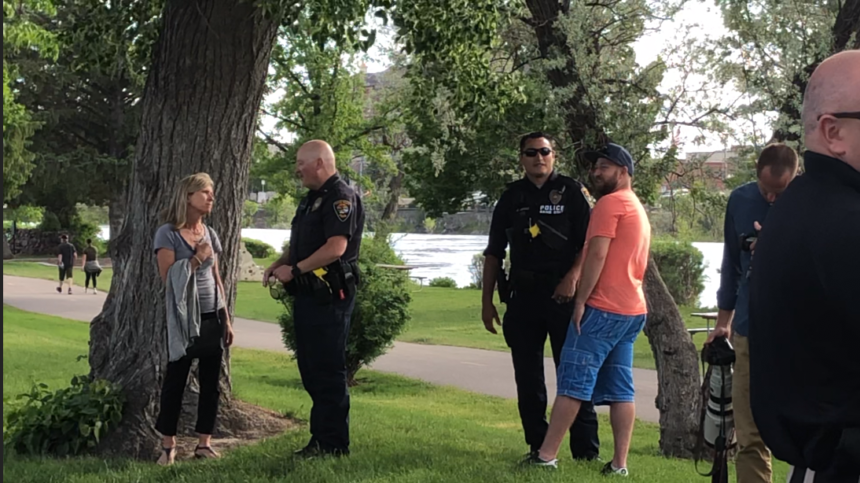 About 100 people came out to speak with the police department from 4 p.m. to 7 p.m. at the Idaho Falls Green Belt Riverwalk across from the Bonneville County Courthouse and Law Enforcement Building.

The department says they are aware of the conversations dominating our nation right now.

"We want people to come by and have a chat with your police department. We know there's been a lot of protests, a lot of anger, a lot of emotions everywhere. So this is an opportunity for the community to engage with the police department and for us to engage with the community. We want to have a conversation about how people are feeling and what they're thinking. Hopefully, we can come together and have a good dialogue and have something positive come up," Johnson said.

IFPD wants to participate in that dialogue in a meaningful way.

They say they have taken several steps towards doing that.