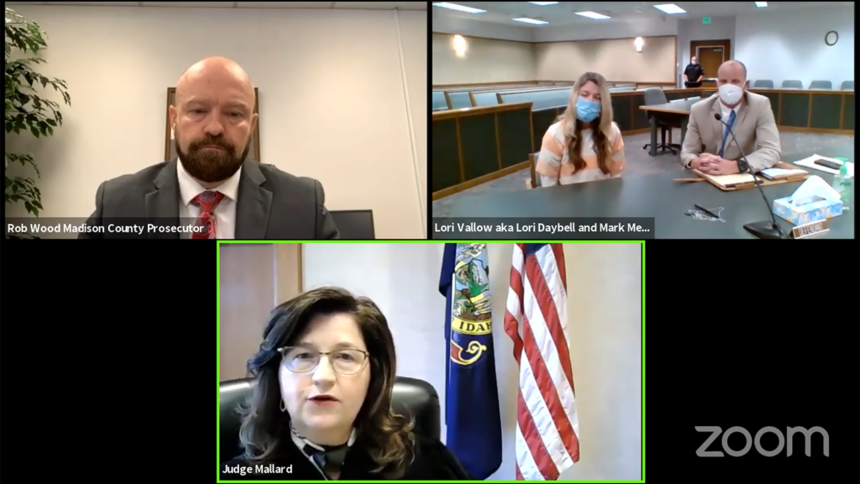 The judge said she took the action to preserve Vallow-Daybell’s constitutional right to a fair trial. The action forbids the release of the Zoom link or password to anyone without permission from the court.

Vallow-Daybell is scheduled to appear for a jury trial on three misdemeanor charges, involving the obstruction of evidence surrounding the disappearance of her two children, January 25, 2021 in Fremont County.

In his motion, Wood said, “the state has a duty to protect the right of the defendant to a fair trial and believes that it is necessary for the State to argue against video broadcasting/live-streaming of the preliminary hearing in this matter.

Wood said video coverage of her preliminary hearing would make it more difficult to pick an un-biased jury in Fremont County. He predicts picking a jury will be difficult and time-consuming.

Every potential juror who viewed the preliminary hearing would likely be excluded. Wood contends it would not restrict the public’s right to know.

According to court documents, Wood filed the motion July 17.