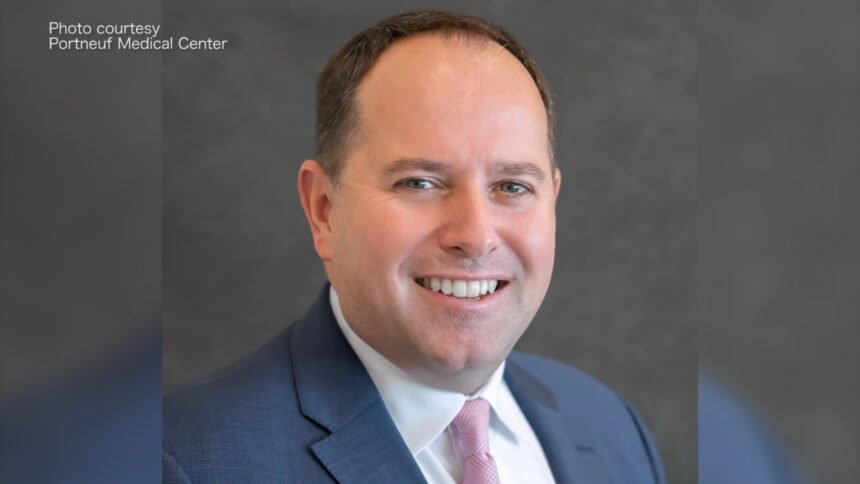 POCATELLO, Idaho (KIFI/KIDK) - There's officially a new leader at the helm of the Portneuf Medical Center in Pocatello.

Jordan Herget is returning to Idaho to take on the role of CEO of the hospital. In 2007, he was the COO for Eastern Idaho Regional Medical Center in Idaho Falls.

“Our kids were young, and we just loved the area, they loved the schools. And then career moves took me to other places,” Herget said.

With his children grown up, one attending Boise State University, he's excited to make his way back to the area.

Herget is leaving the role of Senior Vice President for Kaiser Permanente in Roseville, CA. While he was there, he said he saw the pandemic in action.

"And I saw it in my hospital and I’ve seen it here as well, that sometimes there is a Covid-positive patient that comes in and we may not know it at the time, but those precautions we’ve put in place have really been able to keep our staff safe."

Herget stepped into the CEO position on Aug. 24. He's been impressed with the hospital's level of services, like the trauma center and the neonatal intensive care unit (NICU).

“Why I mention NICU, is I have a nephew who’s a 25-weeker, he’s now 7 months, so he was born very small in Oklahoma City. And our NICU here can take care of babies 24-weeks, 25-weeks (early),” Herget said.

After months in the NICU, his nephew is doing great now. Herget said he's glad to work somewhere that can offer the same level of care as a hospital in a big city, but he does have plans to grow PMC.

“The things we're also doing is we’re bringing in new physicians, so we’re making sure we have all the physician support and specialty coverage as well,” Herget said.

Herget is a Fellow of the American College of Healthcare Executives and a masters graduate of health finance and management from the Johns Hopkins Bloomberg School of Public Health in Baltimore, Maryland. He earned his bachelor's degree in exercise physiology at Brigham Young University.