Toronto, Canada (CTV Network) — A new Delta subvariant COVID-19 strain has been designated a “Variant Under Investigation” by the U.K., saying early evidence suggests it may be more transmissible compared to Delta.

The strain does not appear to result in more severe disease or render vaccines less effective, the U.K. Health Security Agency (UKHSA) said in an announcement published Friday. It was also given the official name of “VUI-21OCT-01.”

The subvariant, which had previously been dubbed “Delta Plus” or “AY.4.2,” was first detected in England back in July. Data from the UKHSA shows an estimated 6 per cent of recent COVID-19 cases in the U.K., where case numbers have been surging, are of this Delta subvariant.

“Viruses mutate often and at random, and it is not unexpected that new variants will continue to arise as the pandemic goes on, particularly while the case rate remains high,” UKHSA chief executive Dr. Jenny Harries said. “It should serve as objective evidence that this pandemic is not over.”

More investigation is needed to confirm if the strain, which has also been detected in Canada and the U.S., is indeed more contagious than the Delta variant, the UKHSA says.

“As AY.4.2 is still at fairly low frequency, a 10 per cent increase in its transmissibility could have caused only a small number of additional cases,” Francois Balloux, director of the genetics institute at University College London, told the Science Media Centre on Tuesday. “As such it hasn’t been driving the recent increase in case numbers in the U.K.”

If the subvariant is in fact more transmissible, Balloux said the difference would not be the same as the one brought on by the Delta variant, which was far more contagious than any strain in circulation at the time.

“We are dealing with a potential small increase in transmissibility that would not have a comparable impact on the pandemic,” he said.

A small number of cases of the new strain have popped up in Canada, but it’s unclear if it’s more contagious than the Delta variant, according to Dr. Angela Rasmussen, a virologist at the Vaccine and Infectious Disease Organization at the University of Saskatchewan.

Dr. Rasmussen said the U.K.’s robust genomic surveillance, which sequences about 10 per cent of the positive COVID-19 cases they have, may be a reason why they have detected more cases.

“In many places, we still don’t have the surveillance capacity to find these variants if they emerge,” she told CTV News Channel on Wednesday. “They also might not be emerging. We haven’t really seen anything that indicates that this is becoming prevalent in Canada.”

Dr. Rasmussen also believes it’s likely the vaccines currently deployed in Canada will be effective against the subvariant.

“The vaccines that we currently have are quite effective against original recipe Delta,” she said. “Of course, we should wait and see, we should take a look at it, but there’s really nothing that stands out to me as a concern as far as vaccine effectiveness against this particular sublineage.” 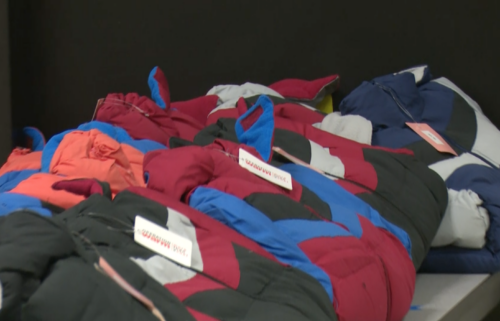