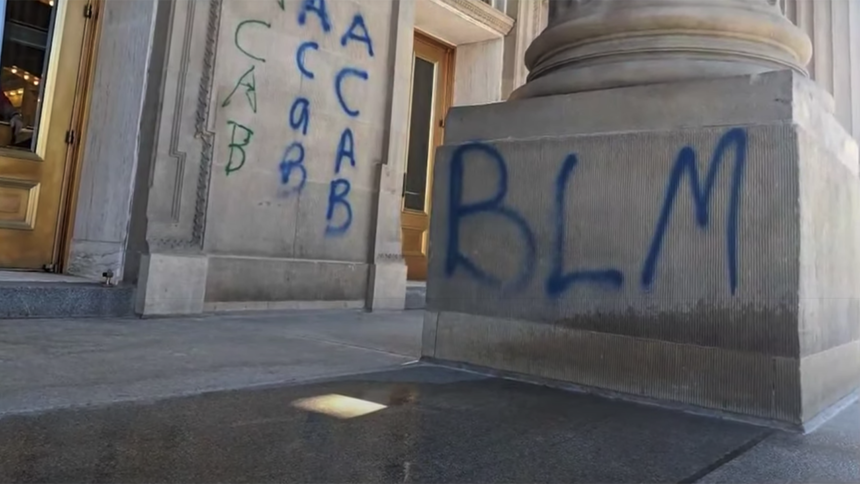 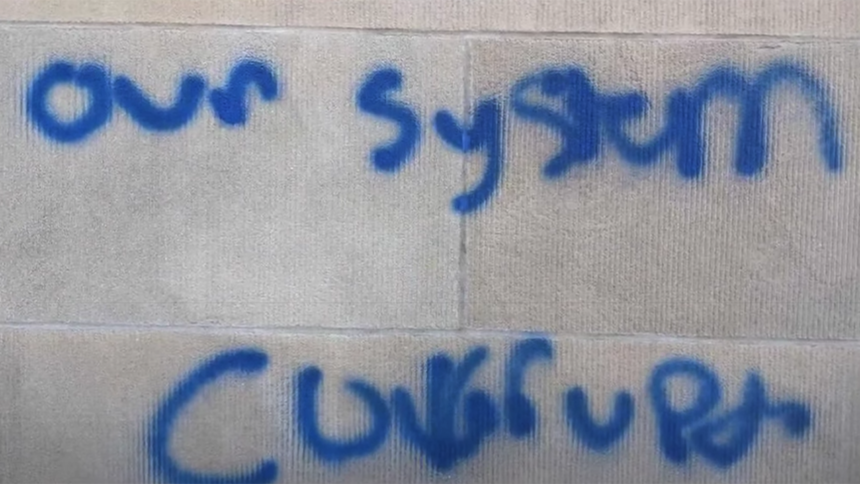 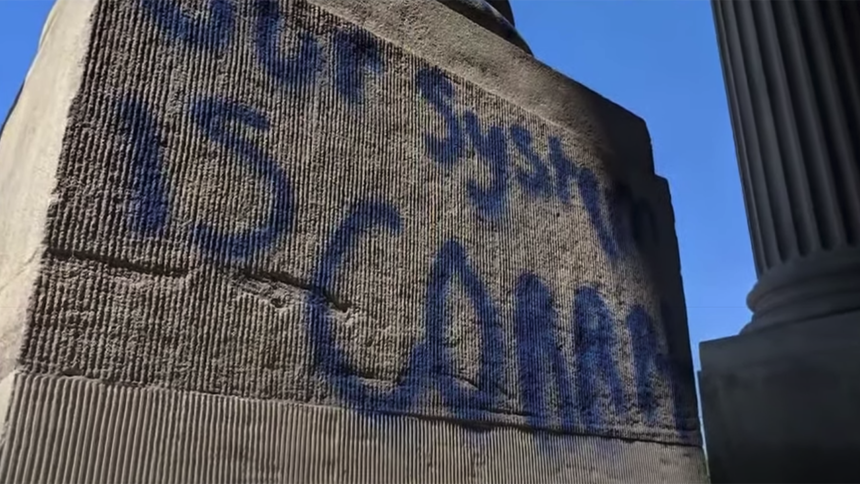 ISP said around 7:00 p.m. as the first few protesters began to arrive at the Statehouse, a concerned citizen alerted Capital Mall Security after finding blue spray paint on the columns and front facade of the south side of the Capitol.

Idaho State Police, with the assistance of Boise Police, soon discovered evidence that led to the identification of the suspect.

Daisy Shannon Heatherly was located still in the area of the Statehouse and was taken into custody without incident.

The felony charge of malicious injury to property indicates the estimate of the damage done to the Statehouse is in excess of $1,000.

The Idaho State Police have also identified two teenage juveniles who appear to have been with the suspect Heatherly when the damage was done.

As the investigation continues, additional charges could be filed against the involved juveniles.

In a separate incident later in the protest, an Idaho State Police Trooper witnessed a woman take a flag out of the hands of another protester.

"The Idaho Capitol building is a symbol of hope and resolve to all Idahoans and a backdrop for dozens of peaceful protests each year. The voices of peaceful protesters cannot be overshadowed by the criminal acts of the very few. Yet those who intentionally do damage to the house owned by all the people of Idaho will be called to account for their actions,"ISP Captain Matthew Sly said.

The flag taken was one of several specialty flags carried by protesters during last nights demonstration.

Idaho State Police Colonel Kedrick Wills has been at the Statehouse during  several demonstrations and says the vast majority of those assembled were respectful and cooperative with Troopers and Officers.

"Idahoans have a long history of peaceful assembly at our State Capitol and our Troopers have protected tens of thousands of protesters over the years allowing their voices to be heard. It's the Idaho way to treat others with respect and enact change through cooperation. We appreciate those who are showing that respect to their fellow protesters, the community, and to the Troopers and Officers tasked with protecting them,"Colonel Wills said.