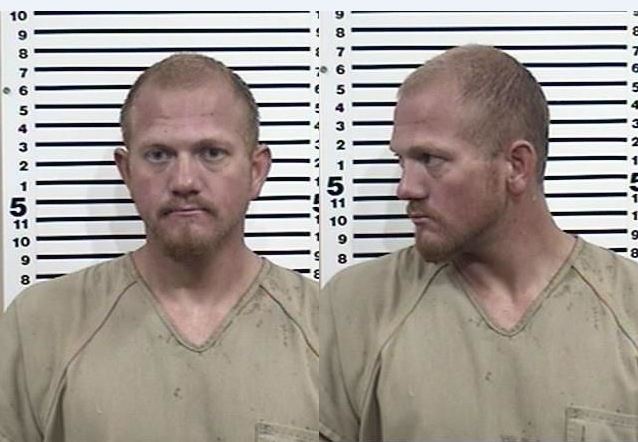 IDAHO FALLS, Idaho (KIFI/KIDK) - A Bonneville County man was arrested at around 4 a.m. Sunday after driving a stolen vehicle through several gates and fields.

The Bonneville County Sheriff's Office said Braxton Adams, 33, attempted to run away after crashing a white Ford pickup into a ditch.

Deputies said the pickup had been reported stolen in Idaho Falls earlier that night. They were called to the area of 49th North and 5th East after someone reported a truck had driven through a gate and was driving across fields.

Adams quickly gave up after deputies caught up with him in a canal. Officers said Adams admitted he was under the influence of methamphetamines and alcohol and had stolen the pickup and driven it through several fences and gates.

Deputies estimated overall damage caused by the man at over $7,000.

Adams was taken to Eastern Idaho Regional Medical Center for examination, then transported to the Bonneville County Jail. He was charged with felony eluding and malicious injury to property and misdemeanor driving under the influence.

Idaho Falls Police are pursuing charges for grand theft, in connection with the stolen pickup.