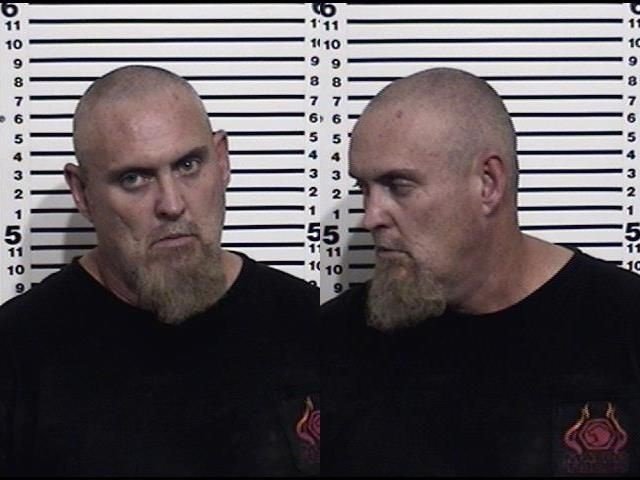 IONA, Idaho (KIFI/KIDK) - An Iona man was arrested after a Saturday night standoff with authorities.

The Bonneville County Sheriff's office reports, "Deputies assigned to the City of Iona were called to check the welfare of a woman living in the 3600 block of N. Main St. in Iona. Deputies had been called to the location prior and had an active Felony Warrant for Domestic Battery for 45 year old Michael M. Miller who lived there. Several attempts were made to contact Miller and the female to have them come outside to speak with Deputies but they refused to communicate. Due to safety concerns for the well-being of the female and the information at hand, the Bonneville County Sheriff’s Office SWAT Team was activated to assist while a search warrant was sought for the residence."

"After a search warrant was obtained, Deputies continued to attempt contact with Miller and the female in the house and got no response. At approximately 10pm, SWAT Team members breached 2 window areas of the residence and eventually made contact with Miller. Miller exited the residence and gave himself up to Deputies at that time. Deputies located the female inside who was suffering from a medical issue and were able to quickly get her to Idaho Falls Fire personnel who were standing by. Miller was transported to the Bonneville County Jail and booked on the Felony Warrant for Domestic Batter with Traumatic Injury. Deputies are continuing the investigation and any further potential charges are pending at this time"