When counties need an autopsy done, they send it to Ada County--the closest option--which can take a full day, sometimes two, for law enforcement.

“Cops are off the street and the expense is incredible,” said Stephen Herzog, Bannock County prosecuting attorney.

While Ada County has been flexible and accommodating to east Idaho's needs, now its down to only one forensic pathologist in the office.

Now Bannock County is seriously considering finding its own forensic pathologist to take some of the burden off Boise. This would make trials more efficient.

“If you need one of the pathologists to testify, it is really hard to get them here,” Herzog said.

“But that isn’t how I would prefer their evidence to go in. I want them on the stand. It has more impact,” Herzog said.

“Having a forensic pathologist have their knowledge and their expertise kinda helps your case go through the system and takes away all the wiggle room from someone wanting to fight a case,” said Max Sprague, chief deputy for the Power County Sheriff's Office.

It's not as simple as just hiring someone for the job. There aren't many forensic pathologists in the country, and even fewer who are interested in living in Southeast Idaho, Herzog said.

Nevertheless, Bannock County has a hopeful lead. Before they can move forward, they need to figure out where the salary will come from.

“Ideally, the counties and jurisdictions that take people for an autopsy in Ada County could now come here and help put money in the pot to fund this position,” Herzog said.

Herzog and Sprague believe surrounding counties could be interested in a deal to pitch in for the salary in turn for the pathologist's services.

“I think that would be an asset for basically all southeastern Idaho,” Sprague said.

Bannock County is still considering their options before making any official plans. 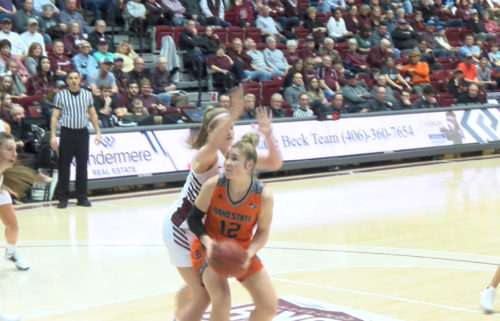