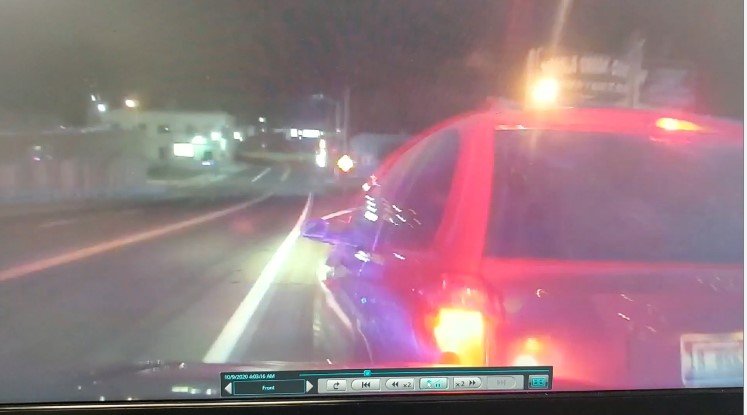 Terry Sutterfield, 45, of Pocatello was spotted about 4 a.m. Friday by a police officer driving over the Benton St. overpass.

The officer tried to stop Sutterfield who drove into the Albertson's parking lot on Benton to get away.

Sutterfield left the parking lot and headed back over the Benton St. overpass, an officer then used the pit maneuver to spin Sutterfield's car. Other officers were able to block him in as Sutterfield rammed the police cars trying to get away. Officer had to break the windows to his car and pull him to arrest him.

3 police cars were damaged from being hit, they said.

Sutterfield was wanted on felony warrants, including battery on an officer.