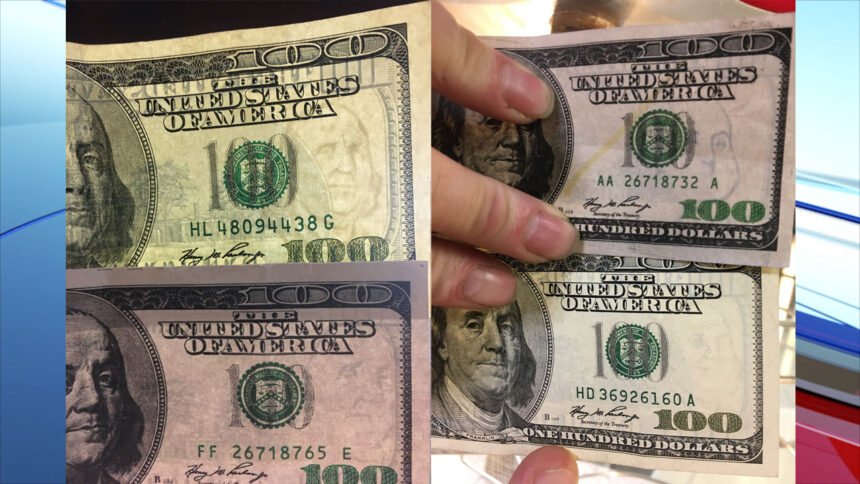 The first case happened on Oct. 25 at a local camera store. The suspect entered the store, picked out a pair of photography gloves priced at $109.99 plus tax. The suspect paid with a fake $100 bill and a real $20.00 bill. The store had already taken the bill to their bank before reporting it to law enforcement.

The second case happened on Nov. 6 at a local ski shop. The suspect entered the store, selected two neck-warmers from a nearby rack for purchase. The suspect used the fake $100 bill for the purchase and took the neck-warmers as well as the $53.36 in change from the transaction.

In the camera store incident, the suspect was wearing a Carhart jacket, surgical mask, no glasses, and no hat.

The photos from the case are from the video cameras inside the ski shop.

There are no known vehicles associated with this case at this time.

Both counterfeit bills passed are very similar in nature.

The police department is asking merchants to re-visit their cash handling procedures with their employees and to re-familiarize themselves with the security features of US Currency as well as the use of counterfeit detection markers when accepting large bills.

If anyone has any information concerning these crimes, please contact the investigations division at the Jackson Police Department at (307) 733-2331.