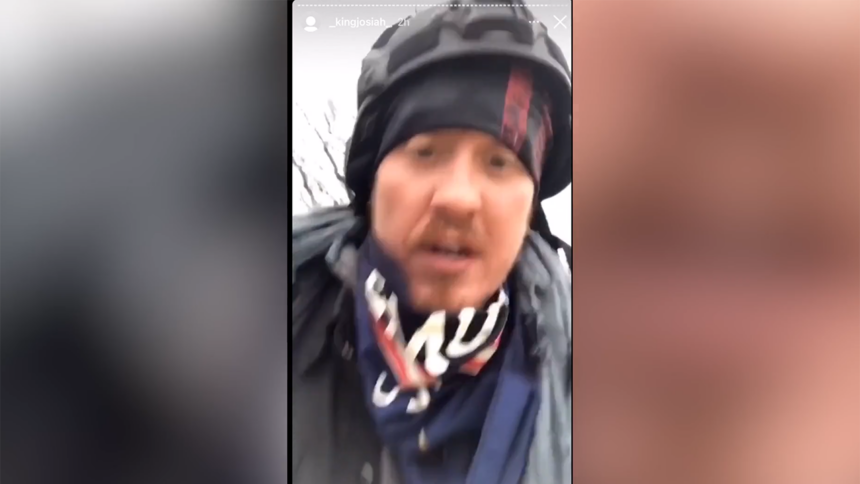 BOISE, Idaho (AP) - An Idaho man whose photograph was included on a federal list of those considered "persons of interest" in the Jan. 6 siege of the U.S. Capitol has been jailed in Boise, the Ada County Sheriff's Office confirmed Tuesday.

Josiah Colt, 34, turned himself in at the Ada County Sheriff's Office on Tuesday afternoon and was being held on a U.S. Marshal's hold, sheriff's spokesman Patrick Orr said.

Colt was among those who stormed the Capitol during a riot by loyalists of President Donald Trump as Congress prepared to certify the results of the election won by President-elect Joe Biden. Five people died in the violence.

After the insurgency, Colt posted a video to Facebook erroneously claiming he was the first person in the mob to sit in House Speaker Nancy Pelosi's chair. Photos from the siege, however, show him in the seat normally used by Vice President Mike Pence in the Senate chamber.

Colt later issued an apology for his conduct through Boise TV station KBOI, saying his actions brought shame to himself and his country.

A statement from an unnamed FBI agent filed in federal court in Idaho says the agent believes Colt knowingly entering a restricted building without authority, and that he said threatening things or engaged in disorderly conduct with the intent to impede or disturb Congress.

Court documents do not show if Colt has obtained an attorney. His first federal court appearance is set for late Wednesday morning.