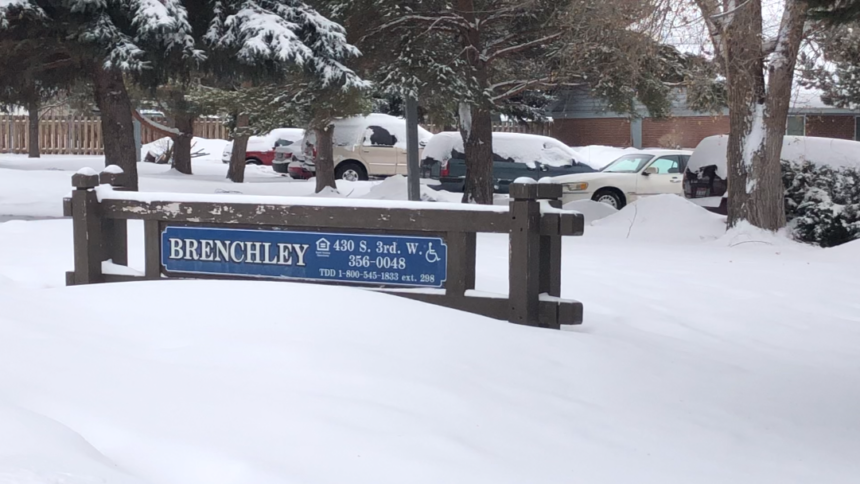 Rexburg Police Chief Shane Turman said on Monday police were called to the Brenchley Apartment complex in the 400 block of South 3rd West at 8:11 p.m. to investigate a report of a male who had illegally entered an apartment.

The suspect ended up leaving, and then the victim called police.

Police said the suspect also lived at the Brenchley Apartments and has been identified as Troy Alton Allen of Rexburg.

Police located Allen in a hallway, and he lied to officers saying his name was Billy.

Officers on scene knew he was lying because they had dealt with him before and identified him as Allen.

Officers requested his ID, but he refused. Allen had his hand in his pocket, and officer repeatedly ordered him to remove his hand.

Police report Allen refused and resisted and then came after officers in an aggressive manner with his hand still in his pocket.

Chief Turman said there was no place for the officers to retreat to and were trying to back out of the hallway away from Allen.

At this time, Allen still had his hand in his pocket and was still going toward the officers, and officers fired to stop the threat as Allen was quickly closing the distance between them.

Allen sustained hits from the officer's gun shots, and he fell to the ground.

Officers secured Allen and called for an EMT, who arrived on scene in less than three minutes.

At this time, Allen was found to be deceased.

No officers sustained injuries in the incident and have been placed on administrative leave according to the protocols of the Critical Incident Task Force and Rexburg Police Department.

Chief Turman said being placed on administrative leave does not mean the officers did anything wrong. It is for the protection of the officers until the investigation can be completed.

The shooting is still under investigation by the Critical Incident Task Force. In this case, it is being led by the Bonneville County Sheriff's Office.

Chief Turman said it will take about two to three weeks for the investigation to be completed.

"I, as the Chief of Police, want to express my deepest sympathy and condolences to the family of Mr. Allen and also to the officers that were involved in this and to their families cause these things are never easy and something officers never want to be involved in," he said. "The taking of a life has a deep and profound effect upon all people involved."

Chief Turman said he has spoken with Allen's family and with the families and officers involved and said this has taken an emotional toll on everybody.

UPDATE 2/16/21 1:35 P.M.: Rexburg Police Chief Shane Turman identified the subject of the shooting only as a 50-year-old Rexburg man. He was pronounced dead on the scene. His name was not released.

The shooting occurred at the Brenchley Apartment complex in the 400 block of South 3rd West.

The Critical Incident Task Force investigating the incident is comprised of Detectives from multiple Law Enforcement Agencies. In this case, it is being led by the Bonneville County Sheriff's Office.

Chief Turman expressed his department's thoughts and prayers to everyone involved.

ORIGINAL STORY: A critical incident task force has been assigned to investigate an officer involved shooting in Rexburg that left a suspect dead.

Officers arrived and contacted the man.  Ultimately shots were fired and the suspect was dead.   The officers were uninjured.   Police said they were unsure what transpired to spark the incident.

The officers involved have been placed on administrative leave pending investigation of the incident.

More information is expected to be released later today.