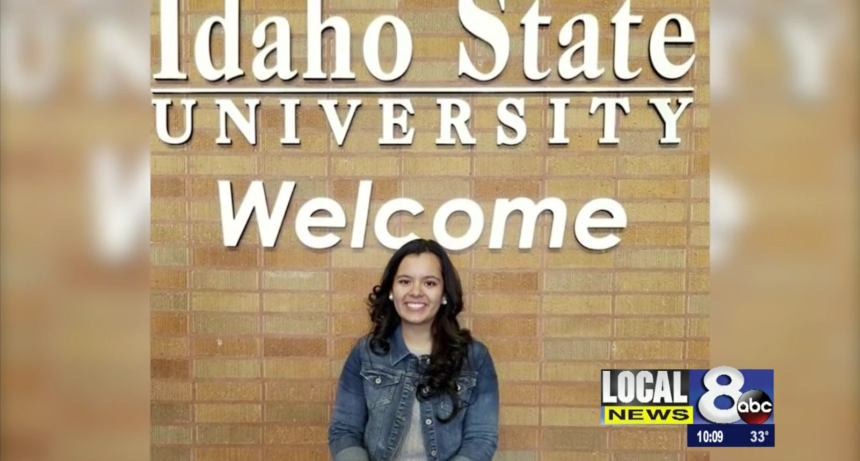 POCATELLO, Idaho (KIFI/KIDK) - A local Idaho State University student is getting a huge honor from Univision and Mana, a popular Mexican band.

Joselynn Castillo from Pingree didn't think she was going to apply for the Univision and Mana scholarship.

"What are the odds of me like getting the scholarship my mom was the one that saw it at first on Unvision, the Spanish shows that she watches and she was like well you should apply. I'm like, mom. That's a national scholarship I don't think that's gonna happen," Castillo said.

Last week she got an email saying she was selected to be awarded a $10,000 scholarship from the popular Mexican band and TV network.

"So it was just really insane and I don't think I believed it like completely 100% until Univison, that's the TV company, came out with like an article and it had my name on it and I'm like okay, it's real now if it's legit, and so it took a while just because, yeah, it was too, too crazy in my head to be true," Castillo said.

The scholarship only selects 15 students for the award. Its goal is to help those who identify as Latino and low income.

"She's the first generation low-income student, and she's just incredible," said ISU Trio Academic Advisor Juanita Gonzalez. "She's, I can tell she's taken on a lot of opportunities and taken advantage of them. And there was a part of me that knew that she would probably get it."

Growing up, Castillo just wanted to fit in. Now she wants to give back and be a role model for other Latinas in southeast Idaho.

"I really wanted to be like all the other little girls in the classroom I really did I didn't like the way I look sometimes at the way that like I didn't like being different for a long time. So I really hope that them seeing a girl that looks like them, doing things will hopefully inspire them to be like comfortable with who they are and proud of who they are and still striving to do whatever they want in life to have a positive impact on not just our community but everyone at the end of the day."

Castillo is a sophomore majoring in Biology and Spanish for the health professsion. She wants to be a dentist and says she will use the scholarship money to save for dental school.

Castillo has also been invited to attend Mana's concert on Saturday, Dec. 7 in Los Angeles.