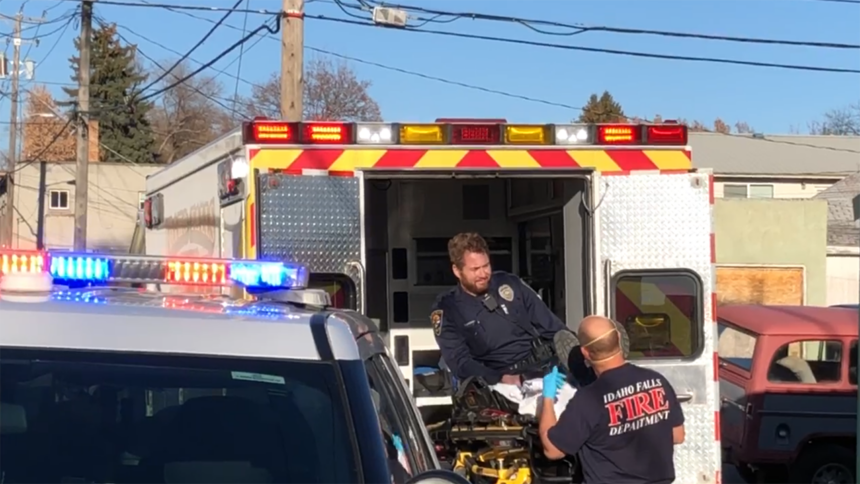 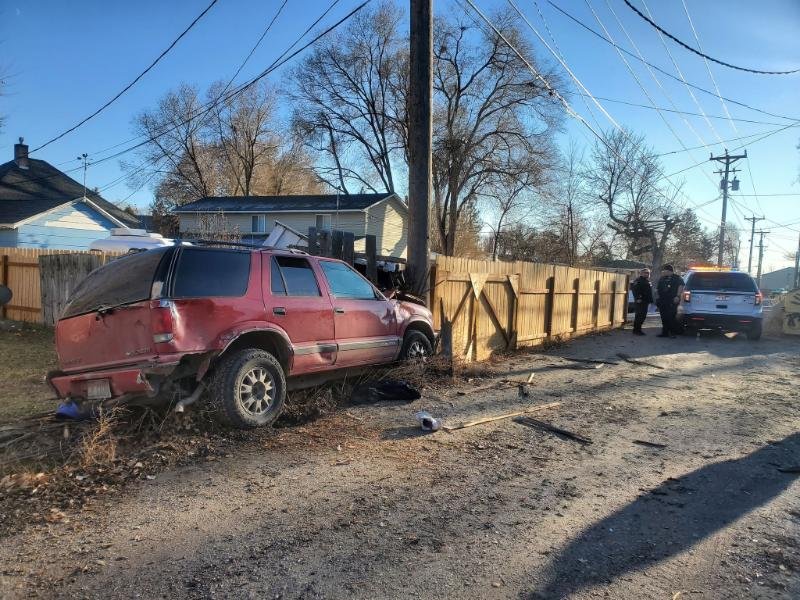 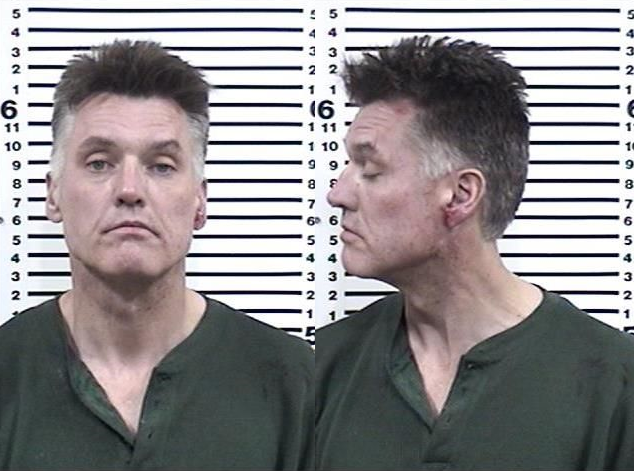 Holdaway has been formally charged with felony robbery and three misdemeanor counts for resisting or obstructing and eluding police and petit theft.

He will face a preliminary hearing December 4.

UPDATE 5:50 p.m.: Idaho Falls Police Dispatch received a report of a robbery had just occurred at the Walgreens on the corner of 17th Street and Holmes Ave. around 2:30 p.m. Friday.

The suspect, identified as Gary Holdaway, 51, was arrested and taken into custody at approximately 2:45 p.m.

According to the caller and witnesses, a man entered the store and approached the pharmacy counter where he demanded prescription narcotics and threated to kill the pharmacy employee and others in the store. The suspect was given items and then fled from the store.

The male left the store and fled in a red Chevrolet Blazer.

Callers were able to provide Police Dispatch with detailed descriptions of the suspect vehicle including a license plate and a direction of travel.

Idaho Falls Police Officers responded to the Walgreens, and the area around the store to search for the suspect vehicle.

An Idaho Falls Police officer located the suspect vehicle in the area of 5th Street and S Boulevard at approximately 2:33 p.m.

A short vehicle pursuit began as the suspect attempted to flee in his vehicle at a high rate of speed from the officer.

Officers briefly lost sight of the suspect vehicle and continued to search for the vehicle in the area where it was last seen.

Idaho Falls Police Dispatch received a call at 2:36 p.m. from a witness who reported the suspect vehicle had crashed into a fence and a power pole in the alleyway off of Pine Street between South Water and South Eastern Avenue.

Officers arrived on scene as the suspect was fleeing away from the vehicle.

The suspect reportedly forced his way into a residence pushing the resident outside and barricading himself inside.

Officers began surrounding the residence when the suspect exited and engaged with Officers. An Idaho State trooper assisting with the apprehension attempted to deploy a Taser device to stop the suspect; however, the Taser was unsuccessful.

The suspect charged an Idaho Falls Police Officer who engaged in a physical altercation with the suspect who successfully taken into custody following the altercation.

The Idaho Falls Police Officer primarily involved in the struggle was injured, and an Idaho Falls Ambulance transported the officer to an area hospital.

The officer’s injuries are significant but not life threatening.

The suspect male was transported to an area hospital to be evaluated for a jail clearance due to injuries sustained in the vehicle crash and reporting to officers he had ingested a significant amount of narcotics.

Medical staff at the hospital cleared the suspect to be taken to the Bonneville County Jail.

Holdway is currently being booked into the Bonneville County Jail for the following offenses:

This investigation is ongoing and additional offenses may be added.

The suspect was wearing a knife sheath when he was taken into custody. A knife was located inside the suspect’s vehicle. The substances Holdaway obtained in the robbery were successfully recovered from the vehicle, the residence and Holdaway’s person.

ORIGINAL: One Idaho Falls Police officer is in the hospital and a suspect in custody after a police chase Friday.

It started with reports of a robbery at the Walgreens on 17th and South Holmes. The suspect made threats to employees before taking off.

Police were able to locate the man in his car, which started a short chase through the city.

Officers lost him and had to begin a search of the area between Ash and 13th, and authorities found his car crashed in an alleyway.

He had crashed into a pole off Pine Street between South Water and South Eastern Avenue.

Police found the guy in a nearby apartment, and that's when an officer and the suspect got into a brief struggle.

"A taser was used to take that person into custody and a brief altercation ensued between the suspects and our officers," said Jessica Clements of the Idaho Falls Police Departmentt. "We have one injured officer who's expected to be alright and has been taken to the hospital."