BOISE, Idaho (AP) - The state appears to have avoided a tough wildfire season so far with a combination of quick responses by state and federal firefighters and good luck with weather, Idaho Gov. Brad Little said Tuesday.

The Republican governor said an early plan forced by the coronavirus pandemic to quickly attack all wildfires appears to have paid off. Avoiding large wildfires meant avoiding large accumulations of firefighters where the virus could spread.

"The fact that we got on these fires early is one of the reasons we're in such great shape," Little said while presiding at the monthly meeting of the Idaho Land Board.

The National Interagency Fire Center said that another 220 square miles of mostly U.S. Forest Service Land in Idaho have burned this year. Much of that is the Woodhead Fire burning in western Idaho. It has grown to about 110 square miles and is 32% contained.

State officials say wildfire-fighting expenses so far for the state are about $19 million. Idaho has about $45 million available to spend on firefighting costs.

Idaho Department of Lands Director Dustin Miller told the land board that with large and devastating wildfires burning in Washington, Oregon and California, it's difficult to get high-level management teams for firefighting.

But he said the wildfire season could wrap up in the next few weeks with possible cooler weather and rain.

"Fire season came late this year," he said. "We're hearing that in the next two or three weeks we will see some season-ending events."

The Land Board is responsible for managing about 2.5 million acres of state-owned land to make the most money over the long term. This fiscal year it is expected to generate more than $84 million for distribution. Most of that revenue comes from timber sales. 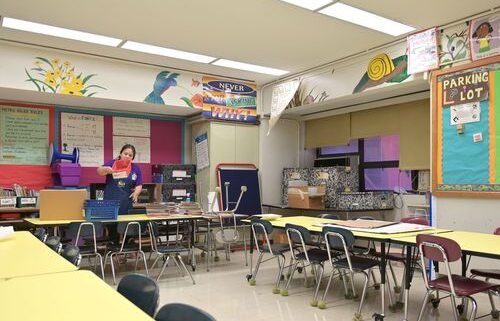