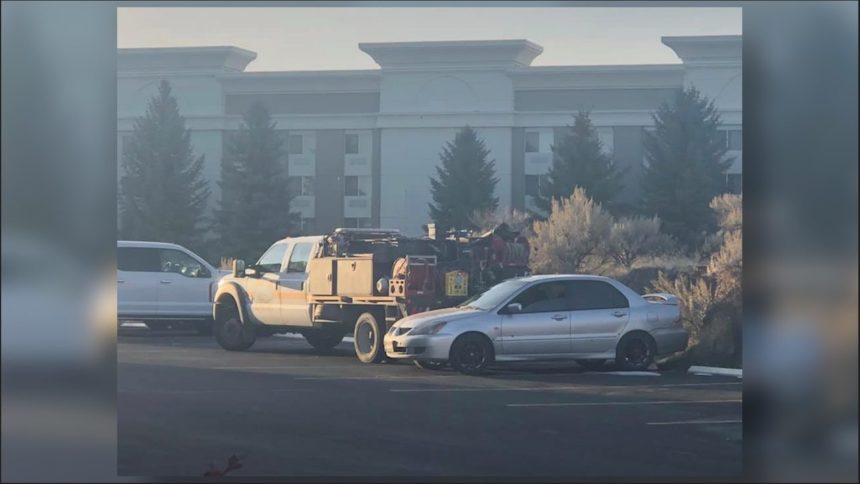 IDAHO FALLS, Idaho (KIFI/KIDK) - Firefighters help us every day and now an out-of-town fire crew is asking for the community's help to solve a burglary.

A Montana fire crew became a victim of a burglary while returning home after fighting wildfires in California.

Their equipment disappeared Sunday night as they stayed at a Super 8 motel in Idaho Falls.

We tried to contact the Montana fire crew, who were unavailable for comment due to traveling, but their Facebook posts for community help are being heard loud and clear.

The Idaho Falls Police Department is investigating the theft.

"This is a group out of Montana that was traveling to help others in another part of the country. The fact that they are on a mission to help others and then this happens to them it's disheartening," said Jessica Clements, Public Information Officer for the IFPD.The Montana fire crew estimated $1,500 of equipment was stolen.
They reported items stolen such as a white Yeti cooler, two Mystery Ranch fire line packs, batteries and miscellaneous camping gear.
"When these folks are out there fighting fire on the front lines, they are in a wildfire area. It's in an area where they are not staying at a hotel. They need to be up and close to the fire. They need camping equipment and those sort of things," said Clements.
The Idaho Falls police department and Montana fire crew are requesting the community's assistance to track down the stolen equipment.
"We're asking any members of the public who might have seen anything suspicious in the area. We would like to recover these items if we can and catch the individual who is responsible for it," said Clements.
If you see anything suspicious, call the police department at 208-529-1200 or you can call Crime Stoppers if you prefer to remain anonymous.