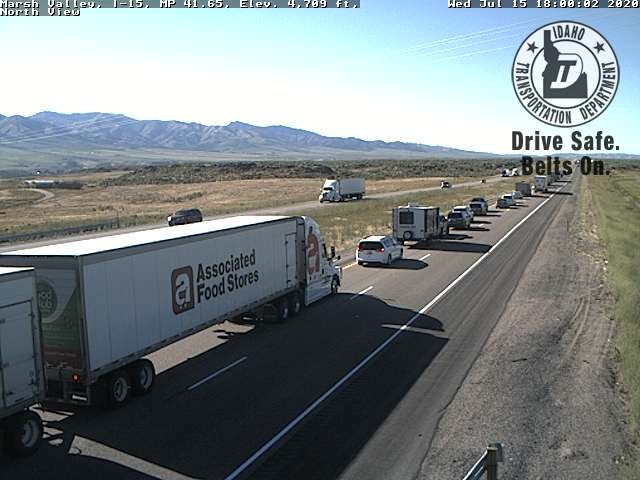 Braxton Buffat, 28, of Phoenix, Arizona, was northbound in the left lane, driving a 2015 silver Toyota Corolla.

Belousov started to move into the left lane, where Buffat’s vehicle was traveling.   Buffat drove off the left shoulder, came back into the lane and struck the side of the truck.   Buffat’s car then spun around and came to rest on the right shoulder of the interstate.

According to ISP reports, Belousov’s vehicle also spun around, became airborne and landed on the driver’s side of the vehicle on the right shoulder.

Belousov was transported by air ambulance to Portneuf Medical Center.

The northbound lanes of the interstate were blocked for seven hours.

All northbound lanes are blocked at this time.