“The average cost of this year’s Thanksgiving dinner is the lowest since 2010,” said AFBF Chief Economist Dr. John Newton. “Pricing whole turkeys as ‘loss leaders’ to entice shoppers and move product is a strategy we’re seeing retailers use that’s increasingly common the closer we get to the holiday,” he explained.

The cost of a turkey this year is $19.39 for a 16-pound bird and down about 7% from last year. The Farm Bureau survey also includes ham, potatoes, and frozen green beans.

The food cost survey uses pricing data from 230 surveys in all 50 states to come to the national average. The Federation has been conducting the survey each year since 1986, focusing on the same ingredients. Volunteers looked for the best possible price without using promotional coupons or purchase deals.

The Farm Bureau says public opnion polls indicate the public has recognized farmers and food production workers for their contribution during the erratic markets created by the pandemic.

According to its surveys, 88% of the public trusts farmers, an improvement of 4% since June. 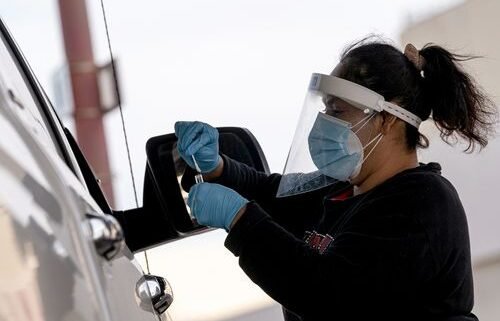