Smears of dried blood still stained the wooden floor of a classroom in northeastern Thailand on Friday, a day after one of the country’s worst massacres unfolded in perhaps one of the most unlikely places.

At the Child Development Center Uthai Sawan, school bags sat uncollected on colored shelves, and photos of children smiled from the wall, clipped into place with pegs near cardboard cut-outs of ladybirds.

Outside, sobbing parents sat on blue plastic chairs in a makeshift shed, nursing their grief and clinging to each other and their children’s blankets and bottles, any reminder of life, as officials finalized plans for a visit from the country’s top leaders.

More than 20 young children ages 2-5 lost their lives in this classroom during nap time on Thursday when a former policeman armed with a knife and handgun forced his way inside and slashed them in their sleep.

In a strange mix of grief and grandeur, at the center’s front door, a red carpet had been rolled out for the delivery of a floral wreath, a gift from the Royal Highness Princess Sirivannavari Nariratana Rajakanya, the King’s youngest daughter.

Later Friday, the King and Queen visited the injured survivors and their families at Nong Bua Lam Phu Hospital in a rare appearance, a source with direct knowledge of the king’s schedule told CNN.

Their visit followed that of the country’s prime minister, Prayut Chan-o-cha, who earlier met with families at the relief center set up by the government, visited hospitalized victims and laid flowers outside the day care.

Thailand is accustomed to the underlying tensions that come in a nation governed by leaders of a military coup, but violence of the type perpetrated on Thursday is rare. The last mass death in the southeast Asian country was two years ago, when a former soldier went on a rampage at a military site before targeting shoppers at a mall in Nakhon Ratchasima Province, known as Korat, further south.

In that case, the shooter was said to have erupted after an argument with another soldier over a land-selling commission fee. In this case, the motive is unclear but after terrorizing the childcare center, Panya Kamrab, a 34-year-old former policeman drove home and shot his wife and child, before taking his own life.

The total death toll was 36, including Panya’s wife and two-year-old stepson, who normally attended that day care center, but who wasn’t there when the officer came searching for him. The toddler’s death takes the number of children killed to 24.

Drugs don’t seem to have played a direct role — a forensic examination conducted by Udon Hospital found no evidence Panya used drugs in the 72 hours before the massacre.

National police chief Pol. Gen. Damrongsak Kittiprapas said authorities believe Panya thought his wife would leave him, and she reported having a fight with him and phoning his mother for help.

Nopparat Phewdam sat outside the day care center on Friday with other parents, though she lost her brother in the attack. Unlike others there, Nopparat knew the killer. She said he was a frequent customer to her convenience store and often came in with his stepson. “He seemed polite and spoke softly,” she said.

Details of the massacre have been slow to emerge, but the accounts given so far describe a man armed to kill, who didn’t hesitate to attack innocent children, and even shot dead a pregnant staff member who was a month away from giving birth.

One staff member said Panya entered the center around noon, while two other staff members were having lunch. They heard sounds “like fire crackers” and saw two colleagues collapse on the floor. “Then he pulled another gun from his waist…I didn’t expect he would also kill the kids,” they said.

Pol. Gen. Damrongsak said the suspect went to the day care center when he couldn’t find his wife and stepson at home. He crashed his vehicle on the way and shot three teachers before entering the building.

Most of the deaths were the result of “stabbing wounds,” local police chief Major General Paisan Luesomboon told CNN. First responders told CNN of the grim scene that awaited them — most injuries were to the head, they said.

In the any community, the loss of 36 people in one atrocity would be keenly felt, but the deaths of so many young children in a small rural area has shaken the village of around 6,300 people.

Distraught families sat side by side outside the center, united in grief, as they waited Friday for details of government support.

They included the heavily pregnant mother of four-year-old Thawatchai Siphu, also known as Dan, who was too distraught to speak. Dan’s grandmother, Oy Yodkhao, told CNN the family had been excited to welcome a new baby brother.

Now their joy is drowned in loss and disbelief that someone could murder innocent children.

“I couldn’t imagine there would be this kind of people,” said Oy. “I could not imagine he was this cruel to children.”

Also sitting in numb grief were Pimpa Thana and Chalermsilp Kraosai, the parents of talkative twin boys, Weerapat and Worapon, who were yet to celebrate their fourth birthday — with two children, their family had been complete.

Pimpa said her mother had phoned her to tell her there’d been a shooting at the day care center. “At that time I was not aware that my children were dead, my husband kept the news from me. I know it after I returned home.”

What lessons can be learned

Rows of small toddler-sized coffins in white and pale pink were laid on the ground as police retrieved the bodies from the classroom Thursday.

Across the country on Friday, people wore black and flags flew at half-staff at government buildings, as thoughts turned to what lessons could be learned from a massacre within the walls of a classroom.

Gregory Raymond from Australian National University says he sees parallels between the mass shooting in 2020 and what happened Thursday at the day care center. Both perpetrators had served as officers in a country with a strong policing and military presence.

“These are young men. They appear to have become alienated in some way. And they had access to weapons,” he said.

It’s not known what mental issues Panya had been suffering, though it was believed he had a long-term drug problem — a perennial issue in the country, especially near its northern borders and the Golden Triangle, a global hub for illicit drugs.

Last year, officials seized a record amount of methamphetamine — nearly 172 tons — in East and Southeast Asia in 2021, including the first haul of over 1 billion methamphetamine tablets.

“There’s a lot of manufacturing going on in the Mekong sub region, and there’s also a lot of trafficking through Thailand,” said Raymond. “So all of that means that there’s more people who are developing problems with methamphetamine, and I think that has to be seen as a pretty significant cause of what’s happened here.”

The mix of drugs and mental health issues among the forces is a problem Thailand needs to address, he added.

“Thailand might have to start to think more about how it manages mental health amongst professionals, particularly those who have access to guns, or who have become used to having used to having violence as a kind of tool for their occupation.” 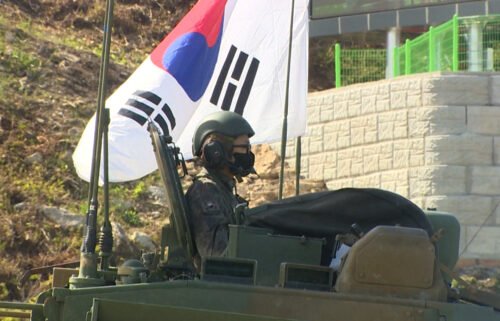 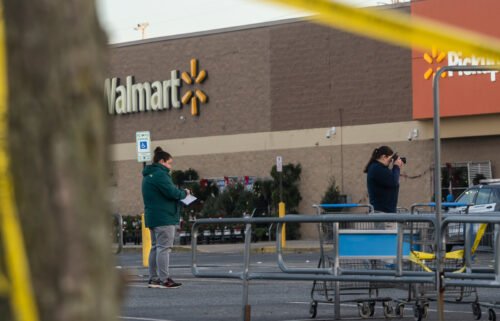 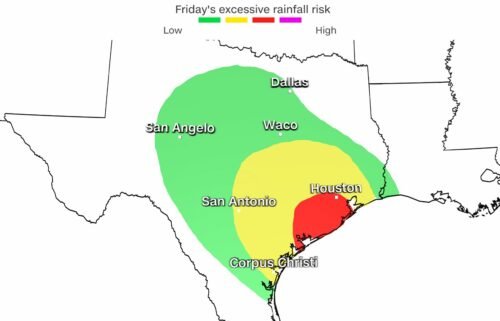