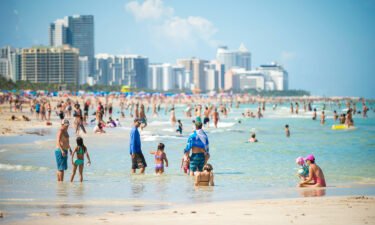 A 13-year-old boy in Utah died from injuries sustained in a dune collapse last weekend, according to Utah State Parks.

Park rangers believe the teenager, Ian Spendlove of Santa Clara, Utah, had been digging a tunnel in the side of a sand dune at Coral Pink Sand Dunes State Park on Saturday when it collapsed, trapping him underneath the sand, Utah State Parks said in a statement.

Nearby park visitors and state park staff began digging to find the teen after a family member witnessed the collapse about 5:30 p.m., and he was located six-and-a-half feet beneath the sand at around 5:53 p.m., the statement said.

He was airlifted to St. George Regional Hospital and then transferred to Primary Children’s Hospital in Salt Lake City. On Sunday, however, he had not regained brain activity and was declared dead, according to Utah State Parks.

“The Utah Division of State Parks extends our condolences to Ian Spendlove’s friends and family impacted by this tragedy,” the statement said.