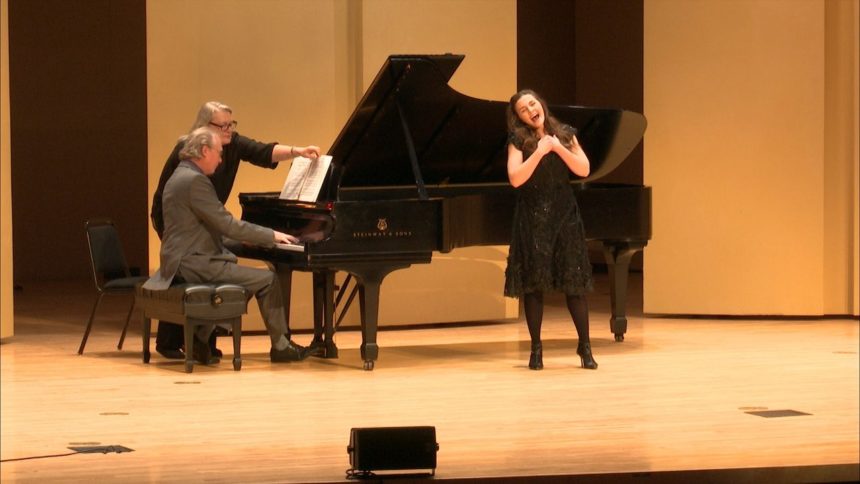 POCATELLO, Idaho (KIFI/KIDK) - On Saturday, singers from all over the region put their pipes to the test in an audition that could lead to a spot in The Metropolitan Opera.

18 singers, coming from as far away as New York and Arkansas, gathered at the Stephens Performing Arts Center in Pocatello hoping to wow the judges in the Idaho/Montana district auditions.

The singers got to choose the first song and then judges picked the second.

"You never know what the judges are going to ask for," Pocatello native Micah Kenney said. "If I have my two favorite songs, and they ask for that third one, it’s a little nerve-wracking, so I try to prepare all of them equally.”

According to Kenney, the judges are likely to ask for two different types of songs to see your range.

"That second one, they’re gonna see what your agility is like and what kind of notes you have in ya."

"These competitions are big for singers," he said. "They make your career in a lot of ways.”

For all participants, advancing to regionals in Seattle would mean a lot, and put them just one step closer to New York, but Ricks said the biggest part about advancing would just be opening yourself to a new audience.

The people heard both Ricks and Kenney. While neither was selected for regionals, Ricks took home one of the three Encouragement awards, while Kenney took home the "Audience Choice" award.

"So I sing, I get out there, I perform it, I act it out. I put my heart and soul into the song, I leave it there, and if the judges like it, they like it. But art is still art and it's subjective," Kenney said.

Along with Ricks, Kaylyn Baldwin and Hannah Jackson were awarded the other Encouragement awards.

Jordan Bowman, Alec Carlson and Cara Gabrielson were the three selected to participate in regionals. They’ll sing in Seattle on Jan. 12.