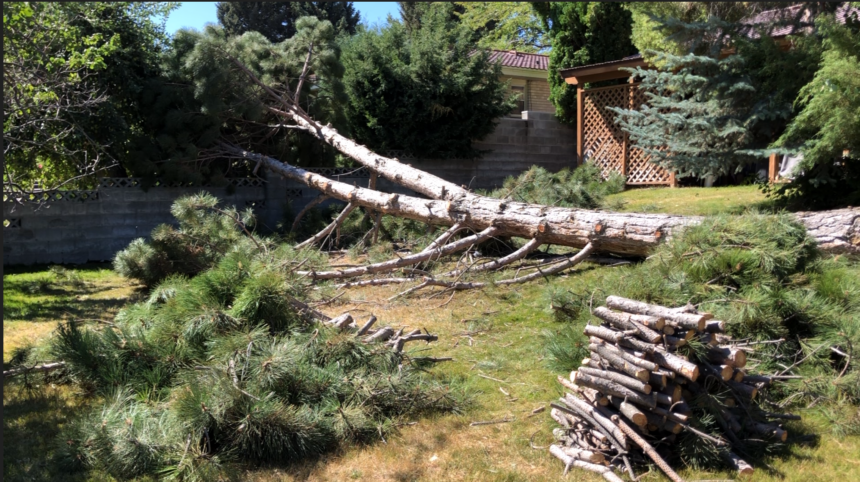 GREEN RIVER, Wyo. (AP) - Hurricane-force winds that struck a Wyoming city likely caused millions of dollars in damage and could take up to six months to clean up.

The winds topping 80 mph blasted Green River and other areas of southwestern Wyoming on Sept. 7 and 8.

The wind and a snowstorm damaged hundreds of trees and left over 6,000 residents without power, city spokesman Steve Core said.

Damages still being assessed are likely in the millions, Core said.

City officials encouraged residents to take fallen trees, limbs and other debris to the local rodeo grounds. Some larger trees could be used for a stream bed stabilization project on the Green River near town, the Rock Springs Rocket Miner reported.