JACKSON, Wyo. (Jackson Hole Radio) - Grizzly 399 and her four yearlings paid a visit to downtown Jackson Tuesday night around 10:30 pm and got a reception from law enforcement and wildlife authorities.

According to Jackson Police Chief Michelle Weber, the police and sheriff’s department in partnership with Fish and Wildlife “escorted” 399 and her cubs through the streets of Jackson.

The famous group of bears were seen on Aspen Drive, Kelly Street, Virginian Lane, Karns Meadow and Weber says they eventually were able to haze her toward Saddle Butte across from the Virginian Lodge.

One unofficial report also told Jackson Hole Radio that they had been seen near the Pearl Street fire station and then the Center for the Arts.

Chief Weber says this serves as a good reminder to urge residents in the town as well as the county to make sure garbage is not left outside, to remove pumpkins, birdfeeders and anything that might attract bears.

As yet, there has been no further information from game officials. 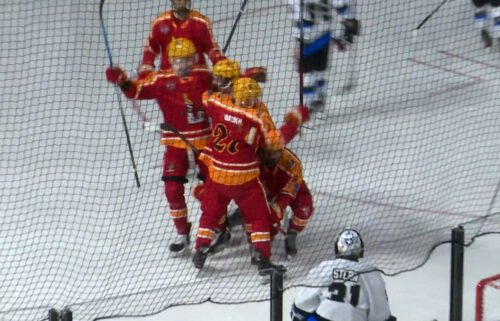