The polling ahead of the 2022 midterms has been marked by a shrinking of electoral divisions. Young and older voters are now more likely to agree on their views of President Joe Biden. The Democratic advantage among Black and Hispanic voters, while still clear, is smaller.

Perhaps more surprisingly as we head into the heart of the primary season, the same is true when it comes to gender. Even after the leak of a draft US Supreme Court opinion that would overturn Roe v. Wade, there are signs of a smaller gender gap among voters.

Republicans are on pace to do much better with women than the last midterm elections in 2018.

Every two years, I have a tradition of writing on a widening gender gap before the election. I did it in 2016, 2018 and 2020. All of those cycles featured wide differences in voting between men and women, though those variations tended to be larger at this point than what actually came to bear.

Right now, the divide is considerably smaller than it was in May 2018, which was considered by many to be a second “Year of the Woman.” Men favor Republican candidates for Congress by 13 points compared with women backing Democrats by 7 points, according to an average of six recent national polls from ABC News/Washington Post, CNN/SSRS, Fox, NPR/PBS Newshour/Marist College, Monmouth University and Quinnipiac University. That makes for a gender gap of 20 points.

This margin may seem large (and it’s not small), but it was 29 points per the average of these same polls at this point four years ago. (Aggregated CNN polling from late 2019 put the gender gap in a matchup between Biden and former President Donald Trump at an even larger 34 points.)

I also looked at the polls that were fully conducted after the leak of the draft Supreme Court opinion that would end Roe v. Wade. The Democratic lead among women in the race for Congress is the same 7 points in these polls, as it is in the larger average.

This could change if Roe is overturned. Still, the gender gap on abortion is significantly smaller than on other issues, so such a scenario would probably affect the voting patterns of men and women similarly.

One reason why women are probably less favorably disposed toward Democratic candidates: their feelings about Biden. According to Gallup, Biden’s approval rating among women has gone from 62% at the beginning of his presidency to 46% now. This 16-point drop is greater than the 11-point drop Biden has had with men.

Indeed, Biden’s Gallup approval gender gap of 10 points last month was 5 points smaller than Trump’s 15-point gap in April 2018, even though they had basically the same approval rating overall.

Moreover, Republican gains with women aren’t just about the polls and voters. It’s about who is running for office. Republicans have made an effort to recruit more female candidates, including a group launched in April to elect more female GOP governors. There are only three right now.

This coming week, Gov. Kay Ivey and former Trump press secretary Sarah Huckabee Sanders are favored to win the Republican nomination for governor in Alabama and Arkansas, respectively. And they would be very likely to win the general election in the fall.

This comes on the heels of Oregon’s Republican primary for governor, where state Rep. Christine Drazan is currently leading and the candidate in second place has conceded.

Indeed, I count at least three strong pickup opportunities for female GOP candidates in this year’s gubernatorial races. There is the Trump-backed Kari Lake in Arizona, Sanders in Arkansas and former Lt. Gov. Rebecca Kleefisch in Wisconsin. Lake and Kleefisch have to get through primaries and then need to win general elections in swing states.

But if all three win, there could be six female Republican governors serving concurrently in 2023. (Ivey and Govs. Kim Reynolds of Iowa and Kristi Noem of South Dakota are favored for reelection this year.) That would be a record.

Donald Trump is likely to be embarrassed on Tuesday

The good news for Trump is his endorsed candidate in Arkansas (Huckabee Sanders) will probably score a huge victory. The bad news is that the gubernatorial primaries nationwide have been a bit of a weak spot for him in 2022, and next week is likely to add to that.

Kemp enters election day with a large lead and momentum. A Fox poll released Wednesday put Kemp up 60% to 28%, more than enough to avoid a runoff that would be required if the winner received less than a majority of the vote. That 32-point lead for Kemp is up from an 11-point advantage the same Fox poll found for him back in March.

While Trump’s endorsement may have given Perdue a shot, the latest Fox poll found that only 25% of Republican voters said being a strong supporter of Trump was extremely important to their vote. That, simply put, is not enough when trying to beat a popular incumbent. Kemp’s favorable rating in the poll was 72%.

A loss for Perdue would mark the third loss in three weeks for Trump in major gubernatorial primaries. This week in Idaho, his endorsed candidate (Lt. Gov. Janice McGeachin) got blown out of the GOP primary to incumbent Gov. Brad Little. Two weeks ago, Charles Herbster lost his bid for the GOP nomination for Nebraska governor.

While Trump hasn’t endorsed in Alabama’s gubernatorial election, Ivey is reportedly not one of his favorite candidates. He even tried to recruit someone to run against her, according to reports. Yet, Ivey, who has adopted a pro-Trump message, is on the verge of winning her primary, more likely than not without a runoff.

We saw a somewhat similar situation play out in Ohio a few weeks ago. Republican Gov. Mike DeWine fought back challenges from multiple candidates who accused him of not being friendly enough to Trump. None of those candidates had Trump’s explicit backing, and they lost.

But perhaps the biggest embarrassment for Trump may come in a Senate primary on Tuesday. Trump initially endorsed US Rep. Mo Brooks to be Alabama’s next senator. He withdrew that endorsement in March when polling showed Brooks in a distant third place and unlikely to even make a runoff in the Republican primary.

Since Trump decided to ditch Brooks, Brooks has climbed in the polls and now has about a 50-50 shot of making the runoff.

For your brief encounters: Do you like horse racing?

The Preakness Stakes, the second leg of horse racing’s Triple Crown, is taking place this weekend. One of the earliest questions Gallup ever asked was what people’s favorite sport to watch was. In 1937, horse racing came in fifth at 5%. It beat out soccer (less than 1%) and tennis (3%) among other sports.

Today, horse racing is a relative blip on the radar. Less than 1% of Americans mentioned horse racing as their favorite sport in a 2017 Washington Post-UMass Lowell poll. More than a dozen sports beat it out for America’s favorite.

A political Supreme Court: A clear majority of Americans (63%) think the US Supreme Court is mainly motivated by politics, according to a new Quinnipiac University poll. Just 32% said it was mainly the law that motivated the justices. Back in 2018, when Quinnipiac first asked the question, the margin was much closer (50% politics vs. 42% the law).

Race relations: Forty-one percent of Americans say they worry a great deal about race relations in America, Gallup found in March. That’s a slight drop-off from 48% in March 2021. Still, that 41% is the third-highest figure found in Gallup March data dating back to the beginning of this century.

Ron DeSantis, a rare, not unpopular, politician: An NBC News poll found that 28% of Americans had a positive view of Florida’s governor compared to 26% with a negative view. That plus-2-point split meant that he was the only active US politician or political party with a positive split in the survey. 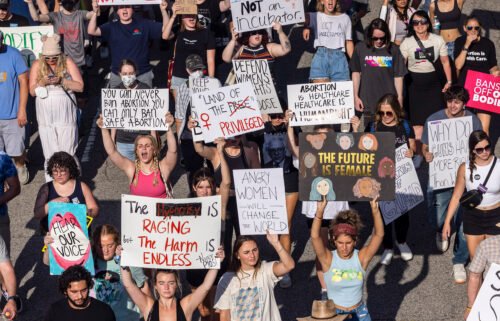 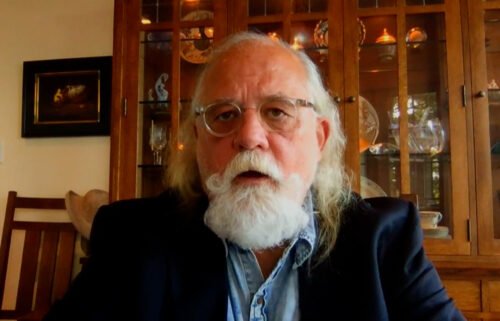 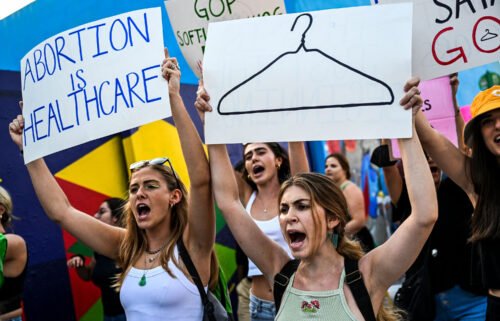