IDAHO FALLS, Idaho (KIFI/KIDK) - Before many of the Bandits players were teammates in the summer, they were rivals in the spring. They competed for state high school baseball championships. In may, Bonneville beat Idaho Falls for the 4A state title.

Then when school ended Bees, Tigers, Knights, Grizzlies and Titans combined to become Bandits. Together they went 61-6-1 on their way to winning the American Legion World Series. The Bandits are the first team from Idaho to win the national championship.

Idaho Falls mayor Rebecca Casper says the historic run captivated the community. "This is a big deal. I think people are take by the wholesomeness of it and they are taken by the ultimate victory of it all."

Casper says the players were just as good representing Idaho off the field. "The host families said that these young men were excellent guests in their homes. That speaks to the caliber that Idaho offers."

Governor Brad Little was also impressed. He signed a proclamation making an Idaho Falls Bandits day. In a video message to the team, Little noted, "it is a great honor for the state of Idaho representing us, and by the looks of the way you ran through the world series, the story nationwide will be Idaho is no small potatoes when it comes to American Legion baseball."

Another perk to come with the national title was an invitation to Washington D.C. to be honored during a MLB World Series game. 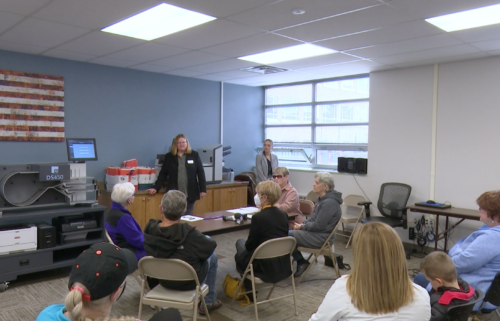