IDAHO FALLS, Idaho (KIFI) - Friday night at Melaleuca Field, the Idaho Falls Chukars made it 20 wins against the Rocky Mountain Vibes this season in 21 games. But this one was closer than most of those games as the Chukars had to earn an 8-6 win for their fifth straight victory to improve to 5-1 in the second half.

Along with the Vibes' errors, the Chukars also got a great performance from Tyler Kelly at the plate. He went 2-3, scoring 2 runs and driving in another, thanks in part to a solo blast to left field that hit off the scoreboard.

Idaho Falls gave up two runs in the ninth inning but held on for the 8-6 victory, taking the first three games of the series. With the win, the Chukars remain in a tie for first atop the northern division with Billings thanks to a 5-1 record in the second half.

The Chukars take on the Vibes once again Saturday night with first pitch at 7:15 p.m. Idaho Falls hosts Rocky Mountain through Monday. 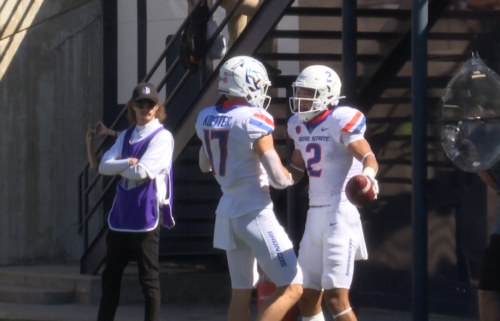