BOISE, Idaho (KIFI) - Friday morning, the Utah State Aggies and Boise State Broncos, both coming off of victories, will battle on the blue of Albertsons Stadium in a rivalry matchup to complete the regular season.

The Broncos have already clinched the Mountain Division, and they will host the Mountain West Championship Dec. 3rd, but it is still an important game for Boise State to celebrate the team's seniors.

According to Head Coach Andy Avalos, the Friday morning kickoff is not a huge adjustment for his team.

"The timing of it is probably about an hour earlier than our guys are typically getting up and moving around on a given Tuesday or Wednesday throughout the practice week," Avalos said. "So yeah, it's an early riser. But you know what? It's about getting up and getting ready to roll."

As for the Aggies, Utah State is on a roll having won five of six games, including a senior night victory against San Jose State to clinch bowl eligibility last week.

Head Coach Blake Anderson said defeating the Broncos Friday will be a huge task for his team.

"The challenge gets even bigger to go to Boise on a Friday and play the most physical and probably best built team in the league right now," Anderson said. "If you look at their roster, great defense, physical offense, big, huge quarterback, you name it. Every possible reason to to make it a difficult, difficult trip for us. But our guys are excited about it and we know the country will be watching on Friday."

Friday's 10:00 a.m. contest will air on Eyewitness News 3, and we'll have coverage from Boise later that night. 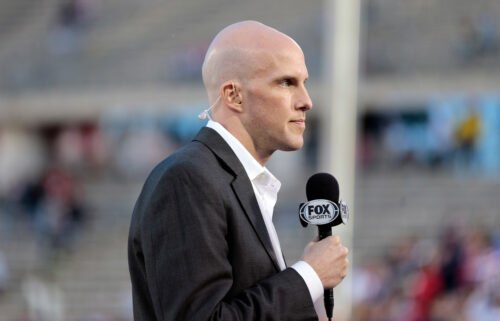