Tuesday is the low point ahead of a warming… 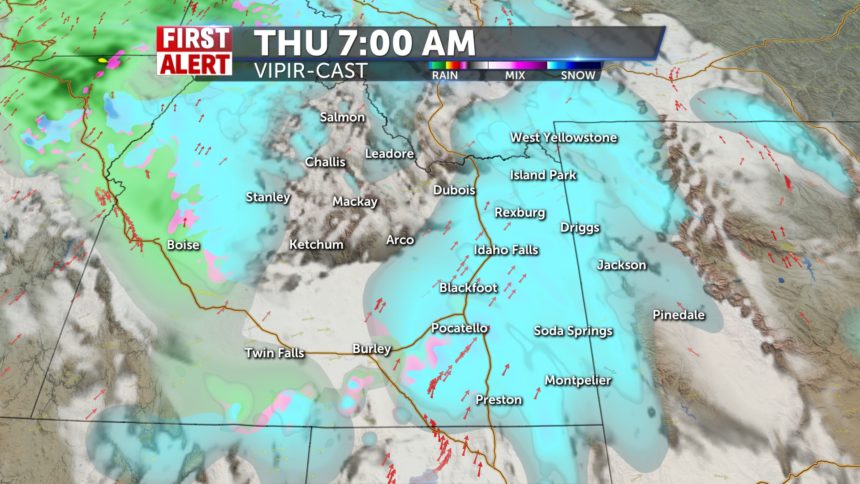 We'll see scattered snow and rain showers as a couple of systems push in from the west coast. Temperatures are still looking to be above average with highs above freezing for the Snake River Plain. Our next round of snow, Wednesday night and Thursday morning. could put down an inch of new snowfall by Thursday morning. By Sunday and next week, significant moisture moves into the area. Expect snow and rain showers to get us into the start of the approaching workweek.

Overnight into Thursday morning, A chance of snow after midnight. Mostly cloudy, with a low temperature into the upper 20's.

Thursday, Cloudy with a chance of rain/snow showers. Highs into the mid 30's. Light winds 5-10 mph.

Friday, A chance of rain/snow with a cloudy sky. Highs into the mid to upper 30's. Light winds 5-10mph.

Saturday, mostly cloudy with a slight chance of rain/snow showers. Highs into the mid 30's. 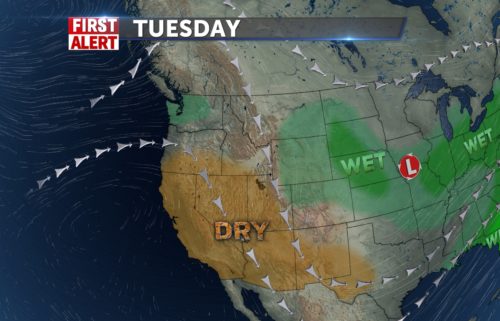