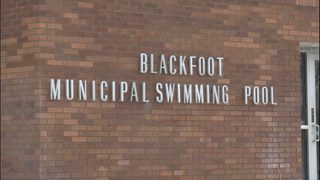 BLACKFOOT, Idaho (KIFI/KIDK) - Though it's been nearly a year since its doors closed, the Blackfoot Pool has another chance at life.

On Nov. 5, voters in southeastern Idaho will have to make a choice  -- to vote for, or against, the creation of a recreation district. While the creation of the district wouldn’t guarantee the pool reopens, it’s the best chance.

For decades, the Blackfoot Pool has been a place for swim lessons, rehab and search and rescue training. But for nearly a year, the pool’s been dry and empty.

In recent years, several bonds to save the pool have failed. Virtue says the creation of a recreation district is the best and only realistic option for the pool to see another day.

“We only had this way, this is the only way we could find the funding that we could actually get to renovate the pool,” he explained.

Virtue said the committee working to save the pool is more optimistic this time since they don’t need a supermajority. Now, it's just 50 percent of the vote plus one.

But even if the district is created, it doesn’t necessarily mean the pool is saved.

“It does not guarantee that. However, there’s enough support that this recreation district is a gateway for us," Virtue said. "We believe there’s enough support there that when a board is identified by the county commissioners, there’ll be enough pressure that they’ll say 'Yes, this is the recreation asset that we really want to upgrade.' So we believe the chances are really good.”

With the fifth on the horizon, Virtue says he just wants people to get out there and vote their conscience before it's too late.

“When our sweetheart leaves, we miss ‘em. Separation makes the heart grow fonder and it’s the same principle for the pool.”

Should all the pieces fall into place, the site will likely remain closed for a couple of years, if not longer, while the needed funds are generated.