KELLOGG, Idaho (AP) - UPDATE 12:25 p.m.: Officials are searching for a person who was skiing at an Idaho resort near where avalanches killed two skiers and injured five others.

The Silver Mountain Resort near the town of Kellogg was closed Wednesday to focus resources on the search for the missing skier.

The resort says it received a telephone call Wednesday morning from a concerned family member of the missing skier.

The ski patrol, aided by dog units, is conducting the search.

The avalanche happened Tuesday morning on Wardner Peak, an area of the resort where the ski runs are rated at the highest difficulty level.

Officials at a northern Idaho ski resort say they have recovered the body of a second skier who was killed in an avalanche that also injured five skiers.

Silver Mountain Resort spokesman Gus Colburn said all the skiers in the area of the avalanche Tuesday morning are now believed to be accounted for.

The avalanche happened about 11 a.m. on Wardner Peak, an area of the resort where the ski runs are rated at the highest difficulty level.

The runs had just been opened for a short period after crews performed avalanche control blasting in the area, using explosives to trigger avalanches in hopes of leaving only the stable snow layers on the runs.

Rescue crews and volunteers searched the avalanche area with dogs and probes. Five people with minor injuries were found during the day, a sixth skier was discovered under about 10 feet (3 meters) of snow and the final skier was found after dark. He was taken to a local hospital and pronounced dead.

The names of the skiers have not been made public.

"Silver Mountain extends our deepest condolences to everyone affected, and out of respect to the families, no further comments will be released at this time," the resort said on Facebook. 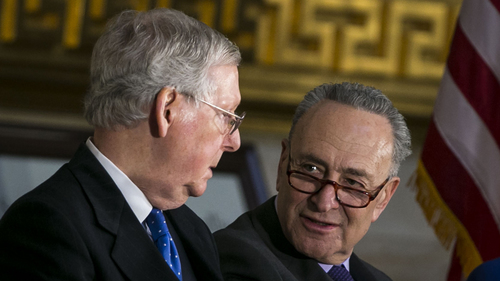