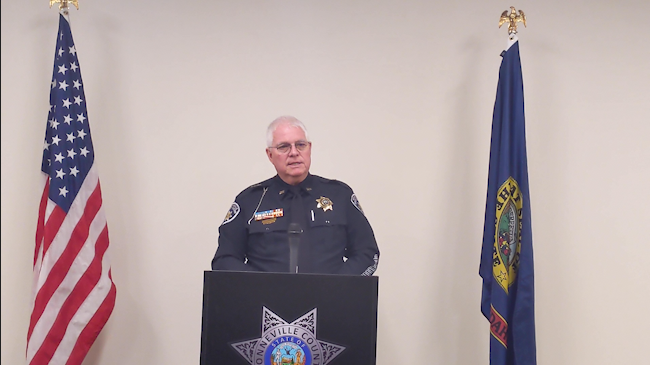 IDAHO FALLS, Idaho (KIFI/KIDK) - We are coming to the end of an era in Bonneville county.

Sheriff Paul J. Wilde announced his retirement after more than 43 years of service.

Sheriff Wilde put his 43 years of service on display during the announcement this afternoon with a black and white picture taken when he first joined the office.

He says he came to his decision after a great deal of time and refection.

Still, he promised to fill his term through 2020 and even fulfill some goals toward the end of his tenure.