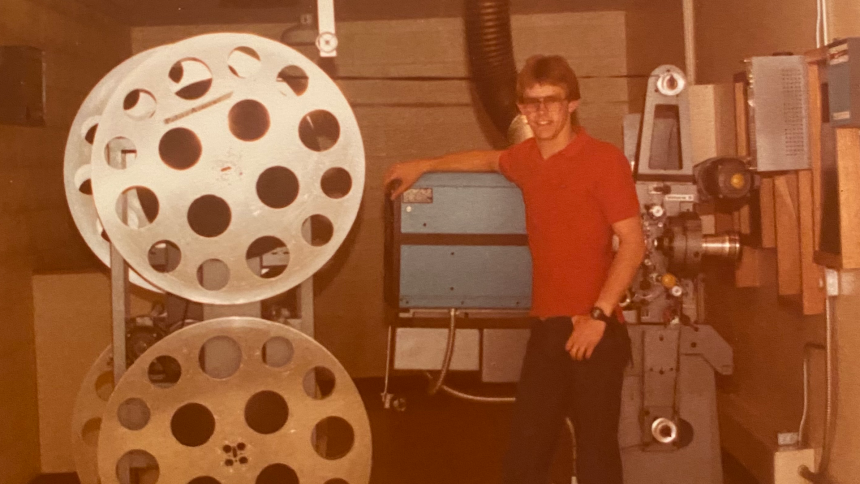 IDAHO FALLS, Idaho (KIFI) - While movie theaters across the U.S. are reopening more than a year after cinemas went completely dark due to the COVID-19 pandemic, some local theaters found a silver lining and a new source of customers.

"The first few months were pretty tough because there were no new films and it was all old stuff and if you love a film you probably own that film. But as things have been kind of shaking loose and they've been releasing some new movies we've done relatively well," Royal Theaters owner Kent Lott said.

The cinema is literally Kent Lott's life. He has always loved film and started in the business at a very young age.

"When I was a kid I loved projectors. In fact, we had an eight millimeter projector at home and so I used to play our home movies," he said. "When I turned 16 I really wanted to work at a movie theater."

In fact, Lott was hired on as a projectionist, but never dreamed he would own several theaters.

"Most people are surprised because I think in today's world most theaters are owned by corporate America," Lott said.

Royal Theaters is a family owned business with three locations in eastern Idaho - the newly opened Black Movie Mill, The Paramount off 17th Street near the Grand Teton Mall, and the Centre Twin in historic downtown Idaho Falls. All of Kent's children have worked in these theaters, with his son Brandon running most of the operations now.

"They put me on the schedule when I was eight," Brandon Lott said.

"It was funny because people would come in and some people thought it was adorable and once and a while I would get chewed out because of child labor laws," Kent said.

Even the grandkids have started to help up around the theaters, which Kent says adds to the family feel.

"It really is a family oriented place. All the way down to our prices which we try to keep affordable."

Lott said even after Edwards Theater closed down, he decided to keep his established prices.

"I hope that we will be able to hold our share of this market with the Edwards opening," He said. "I hope when people come here they feel that energy. There's an energy when you're in a movie theater and everybody's laughing…"

Royal Theaters did have to close down temporarily due to the pandemic. During that time, Lott was able to update and renovate some locations.

"We added stadium seating and different chairs and we upgraded our sound from 5.1 audio to 7.1 audio. So, we did a pretty big renovation," Lott said.

To find out more about Royal Theaters, click here.

If you know of a local business or business owner who deserves to be recognized, send an email to Local News 8's Bre Clark at bre.clark@localnews8.com.