Protests continued across Iran on Sunday despite government crackdown and state media reports claiming that demonstrators have put an end to their rallies.

The protests, now in their tenth day, were triggered by the death of 22-year-old Mahsa Amini, who died in a hospital three days after being apprehended by the morality police in Tehran and taken to a “re-education center” for not abiding by the state’s hijab rules.

Protests have since then taken place in more than 40 cities, including the capital Tehran, with dozens reportedly killed in clashes with security forces. At least 1,200 were arrested, according to state-backed media.

Rallies that started with calls for justice for Amini’s death have morphed into a larger protest, uniting an array of social factions and classes, with many calling for the fall of the regime.

Here’s what you need to know about the protests:

What’s different about the current protests?

Earlier waves of protests — in 2019, 2021 and more recently this year — were primarily fueled by economic grievances, says Esfandyar Batmanghelidj, founder and CEO of the Bourse & Bazaar Foundation in London, adding that it was one of the main reasons protests did not cross over to other segments of society.

“This is different, because what people are really asking for is a more significant kind of political change,” said Batmanghelidj, adding that this movement has made it easier to “generate solidarity among different social groups.”

Today’s protests are also amassing younger Iranians with internet access who haven’t known an Iran before the Islamic Republic, said Sanam Vakil, a senior research fellow for the Middle East and North Africa program at Chatham House think-tank in London.

How secure does the government feel now?

The government doesn’t appear to feel more vulnerable than before, said Trita Parsi, vice-president of the Quincy Institute in Washington, DC. “And they may be miscalculating here.”

Experts expect protests to escalate. On Sunday one of Iran’s main teachers’ unions called for a nationwide strike. Workers’ strikes are sensitive in Iran because they bring back memories of the 1979 revolution, when collective labor action acted as a useful tactic that helped bring down the Shah.

“I think it is quite likely that we will see more strikes because the strikes were happening even before this [movement],” said Parsi. “They may end up being mutually reinforcing,” he said, adding that strikes could add more pressure on the government.

An end to the protests is more likely to come through the use of brute force than concessions, say analysts.

The government has blamed Western media for instigating the protests, alluding to foreign conspiracies. Analysts say that determines how they’ll be dealt with.

“If they see this as a security threat and not as an issue of political expedience, then they are more likely to respond using the tools of their security apparatus,” said Batmanghelidj. “The government has far more capacity for repression than it does for reform at this stage.”

Vakil said that even if authorities make concessions through minor reforms, the bigger question will be “how to get those young women to put their hijabs back on.”

A face-saving outcome would be a rollback on the morality police, she said, adding that a complete scrapping of the hijab law is unlikely. A referendum allowing Iranians to vote on the issue of hijab could also help quell the protests, she said, casting doubt on that happening too.

At what point does the government become vulnerable, and how close is it to that point?

Despite ten days of demonstrations that have spread across the country as the death toll has risen, the protests continue to be leaderless, with some of the loudest and most visible proponents of the protests living in exile as the government has restricted internet access at home.

“This is an indigenous Iranian movement,” said Vakil, “and it is important to stress ordinary Iranians inside the country are the mobilizers of what is happening.”

A figurehead would be necessary to both negotiate change with the government as well as internally lead the movement itself, said Batmanghelidj.

The protests have a wide range of grievances, going beyond the compulsory hijab and the brutality of the state’s security apparatus.

It also remains unclear whether there are members within the Iranian government who understand the stakes at hand and are willing to push for significant change within the existing structure of power, added Batmanghelidj.

German utility RWE signed a deal with Abu Dhabi National Oil Company (ADNOC) to deliver liquefied natural gas to Germany by the end of December, Reuters reported on Sunday. The announcement came on the second day of a two-day trip to the Gulf region by Chancellor Olaf Scholz in his bid to secure alternative energy resources. ADNOC will deliver the first shipment in late 2022 for use in the trial operation of a floating natural gas terminal in Brunsbuettel, UAE’s state-run WAM news agency said.

Banks in Lebanon to partially reopen after wave of holdups

Banks in Lebanon were set to partially reopen on Monday following a week of closure, the Association of Banks in Lebanon (ABL) said in a statement sent to CNN. Due to the “current difficult security conditions and the need to preserve the safety of customers and employees alike, in the absence of adequate protection by the state”, banks will partially reopen services for commercial use, the ABL said. Private depositors will only be allowed to access ATM’s.

Senior Muslim cleric Sheikh Youssef al-Qaradawi, who was based in Qatar and was a spiritual leader for the Muslim Brotherhood, died on Monday, according to a post on his official Twitter account.

As hype over the upcoming 2022 World Cup reaches fever pitch, rival European teams have teamed up to send a united message of tolerance in Qatar.

Each of those nations except Sweden and Norway has qualified for the 2022 World Cup in Qatar and each captain of the eight qualifying nations will wear a distinctive OneLove armband — which features a heart containing colors from all backgrounds — during the tournament.

Homosexuality is illegal in Qatar and punishable by up to three years in prison. The Netherlands football association, which is spearheading the campaign, chose the colors to represent all heritages, backgrounds, genders and sexual identities.

Gulf states have cracked down on LGBTQ symbols of late, with Saudi Arabia ordering the withdrawal of rainbow flags from shops, and all six Gulf nations, including Qatar, calling on streaming service Netflix to take down content that violates local sensibilities.

A Qatari security official told the Associated Press news agency in April that rainbow flags could be taken from fans at the World Cup to protect them from being attacked for promoting gay rights.

“This is an important message which suits the game of football: on the field everybody is equal, and this should be the case in every place in society. With the OneLove band we express this message,” said Virgil van Dijk, the Netherlands captain.

Photo of the day 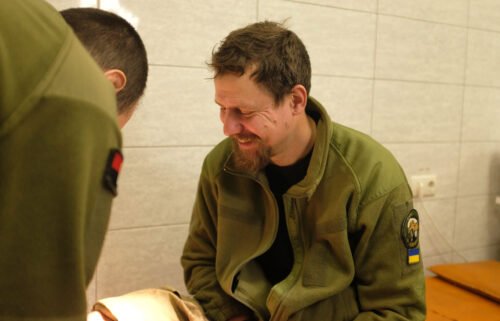 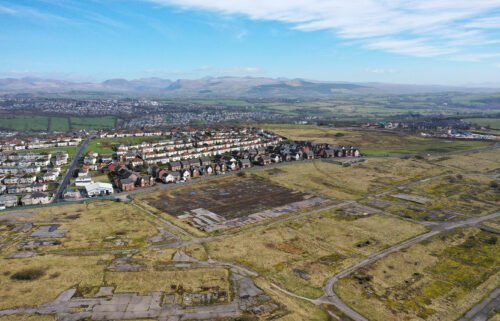 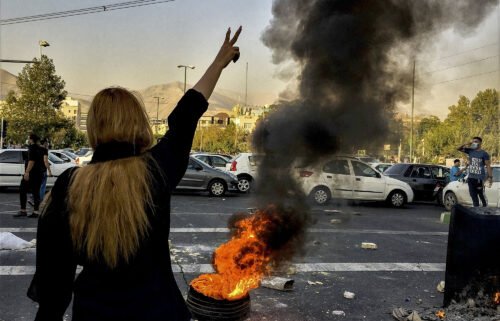