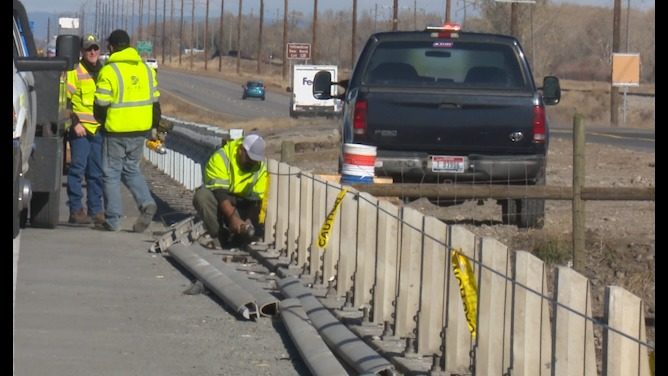 IDAHO FALLS, Idaho (KIFI/KIDK) - For drivers who pass the Lorenzo Bridge daily, the construction project might feel like it’s been going on for years, but the end is near.

The project was previously expected to be completed by the end of October, but ITD has pushed that deadline to around thanksgiving. Some may be confused about why the construction has moved back to the westbound side when it seemed to have been completed.

ITD says they are just replacing the railing that hadn’t come in by the time they began working on the westbound side. Then the project will be complete.

Even better news, now that the eastbound side is complete, traffic flows smoother since both directions of traffic don’t have to merge to the same side.