IDAHO FALLS, Idaho (KIFI/KIDK) - Investigators found family pictures on Lori's iCloud account. One picture was timestamped on Sept. 8 with Lori, Tylee, JJ and Lori's brother Alex Cox at the entrance of Yellowstone National Park. That was the last date recorded of her being seen.

As for JJ, court documents say investigators spoke to a babysitter Lori found on Care.com. The babysitter stated she watched JJ on Sept. 19 and understood that her employment would be ongoing. 6 days later on Sept. 24, she reached out to Lori who said JJ was going to his grandma's for several weeks and she was no longer needed.

The documents also state Lori Vallow and Chad Daybell told the family that they were 'empty nesters' and that 'Lori had no juvenile children'.

Detectives in Kauai have been following the couple on the island since Dec. 1. There has been no indication that either of the kids have ever been on the island with them.

From the search done at their vehicle detectives found the birth certificates for Tylee and JJ, they also found Tylee's bank card, JJ's iPad, and JJ's school registration receipts from Kennedy Elementary in Rexburg.

Vallow is charged with two felony counts of desertion and nonsupport of a child, resisting and/or obstructing an officer, solicitation to commit a crime, and contempt of court.

Vallow is charged with resisting and/or obstructing an officer by giving false information about JJ's whereabouts to detectives. That happened when they stopped by her Rexburg home on Nov. 26. Lori told them JJ was with a friend named Melanie Gibb in Arizona, a statement she knew was false according to the documents.

Detectives were later contacted by Melanie Gibb who informed them that Lori had encouraged her to lie to police about JJ's whereabouts. She asked her to say he was with her, even though he was not.

The charge on contempt of court comes because Lori disobeyed the court to physically produce her kids to Rexburg officials three weeks ago.

Vallow is being held by the Kauai Police Department.

Friday evening she was brought in for her initial hearing. During that hearing, Vallow's attorney asked for a change in her bond citing a difference in Idaho and Hawaii law.

You can watch that below.

Vallow's attorney couldn't get her $5 million bail lowered. Defense attorney Daniel Hempey said police knew she was on Kauai and had a lawyer who's offered to turn her in.

She faces a hearing Monday, March 2 on extradition to Idaho.

Should Vallow bailout, she is to surrender any passports to police.

A press conference was held Friday afternoon at the Kauai Police Department Headquarters in Līhu‘e regarding the arrest of Lori Vallow. You can watch that below.

You can view our previous stories HERE. 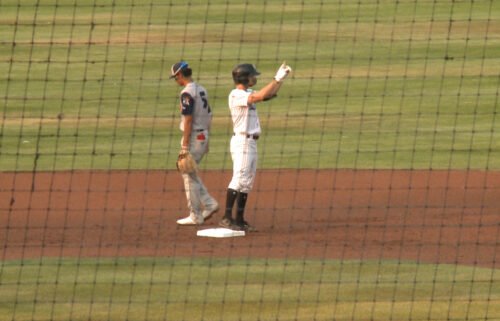