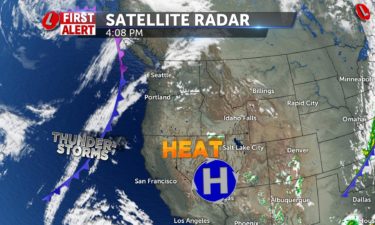 A broad ridge of high pressure is pumping in the… 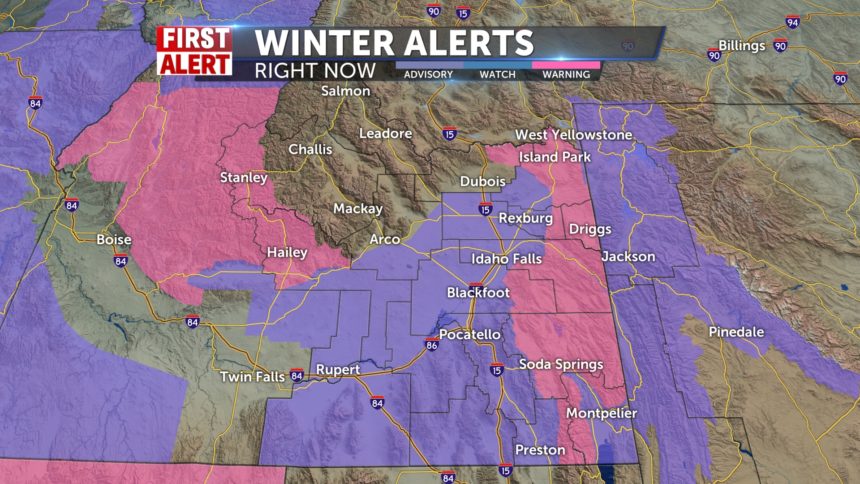 Another round of snow and wind is expected Monday night and Tuesday. We'll see strong wind gusts overnight into Tuesday morning, which could lead to continued road closures. Partly cloudy on Wednesday, with a weak storm moving into the region Thursday.

Tuesday, More snow showers with areas of blowing snow. Mostly cloudy, with a high into the upper 20's and lower 30's. Southwest wind 15 to 25 mph, with gusts as high as 35 mph. Chance of precipitation is 60%. New snow accumulation of less than a half inch possible.

Wednesday, Partly cloudy and windy with a high into the upper 20's. South southwest wind 10 to 15 mph becoming light and variable in the afternoon. Winds could gust as high as 25 mph.

Thursday, A slight chance of snow with highs into the mid 30's.

Snowfall rates and wind will slacken this evening, but by
midnight tonight the next winter storm coming in from the west
will increase wind and bring enough snow to develop a blowing and
drifting hazard for those out and about late tonight. The storm
will intensify during the day Tuesday, then slacken again during
the late afternoon. Drivers should be prepared for temporary road
closures and poor driving conditions. Avoid travel if at all
possible, and be prepared to spend extended periods of time in
your vehicle. 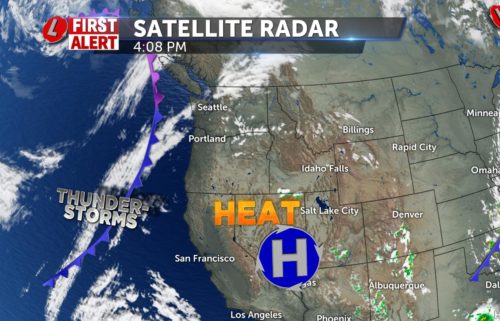 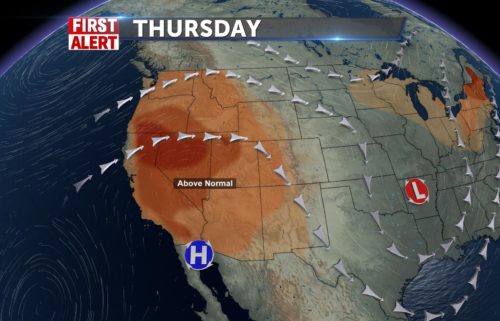