Fire Weather Warning 3-9pm with Thunderstorm winds 40mph into the afternoon. Highs in the low 90’s. 40% chance of isolated and scattered storms from… 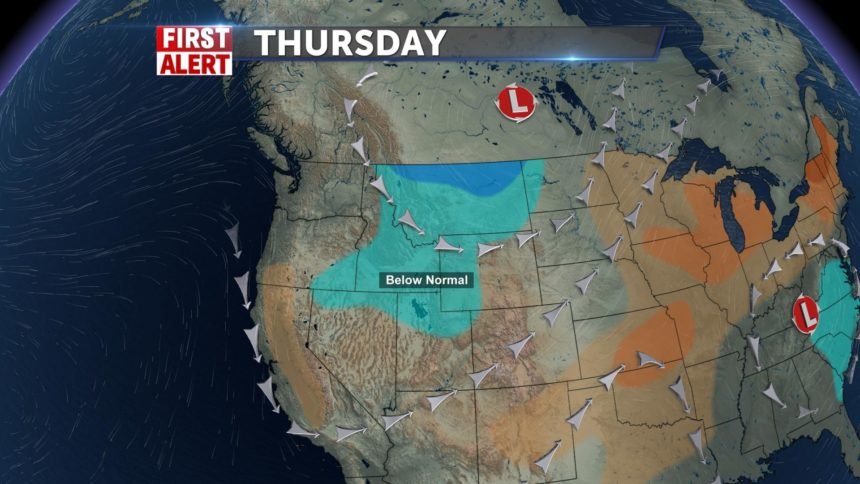 Scattered showers and gusty winds late Wednesday with clearing skies by Thursday morning. We'll see a few thunderstorms in the afternoon hours for Thursday, with warming temperatures into the afternoon.

Thursday, partly cloudy skies by the afternoon with winds 10-15 MPH. A slight chance of afternoon and evening thunderstorms. Highs into the mid to upper 60's for the Snake River Plain.

Friday, mostly sunny with partly cloudy skies in the afternoon. Highs into the lower 70's. A slight chance of mountain thunderstorms. 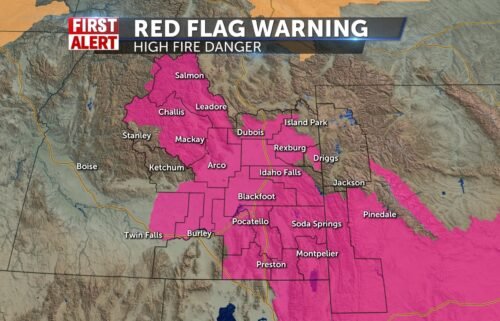 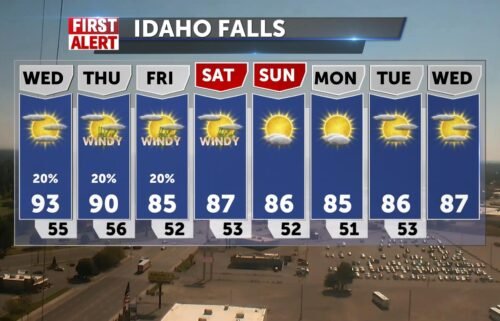