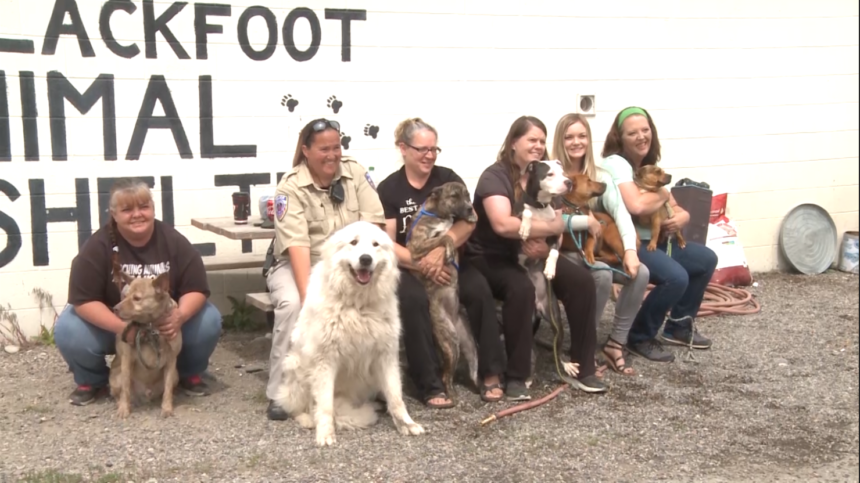 BLACKFOOT, Idaho (KIFI/KIDK) - Last week we reported on the accented that killed two people, a man, and woman, both from Arizona transporting 48 Dogs to Canada.

Friday morning around 6 a.m Bingham County dispatch responded to a crash on I-15 North on mile marker 105.

What they found was unlike any accedent they have seen before.

The City of Blackfoot's Human Resources Director and Public Information Officer Lisa Tornabene tells us, when first responders arrived at the scene, it was clear additional support would be required.

"The city police department, local deputies responded, ISP responded, and the county animal control officer was informed at 6:30 a.m that she would need to report to the scene," said Tornaben.

The fatal accident took the lives of Ann Watson, 38, and Christopher Kracht, 40 and 12 dogs.

The two individual were traveling northbound in a Ford Econoline box truck transporting 48 Dogs as part of a nonprofit animal rescue network.

"They were being moved from Maricopa County, Arizona to a rescue in Canada. This is the fourth such rescue that had been done by this organization in the last year," said Tornaben.

The Blackfoot Animal Shelter and Rescue is assisting with the safe handling of the dogs that have been located following the crash.

On Monday, it is confirmed that 21 dogs have been accounted for.

These dogs will be transported to Canada but a date has not yet been set.

"These dogs were identified for either homes or rescue homes or foster homes," said Tornaben.

On Sunday the animal shelter and Backfoot officers have constructed a memorial cross to recognize the lives that were lost.

Tornaben asks you do not stop on I-15 to visit the memorial because it is a safety hazard.

The Animal Shelter says they have never experienced something quite like this and are overwhelmed by the support of the community.

"Our community pulled together for this. We do have a small community but it's a very passionate community when it comes to helping others. They've just done a tremendous job showing support. Everyone has pulled together. We would all like to express our thanks and want them to know that we appreciate them, said Tornaben.

At this time at lease 10 dogs are still unaccounted for.

The city of Blackfoot is asking for the communities help in locating the missing aniamls.

If you happen to see a dog roaming in the area it is asked that you do not approach the dog but contact Bingham county dispatch at (208) 785-1234.