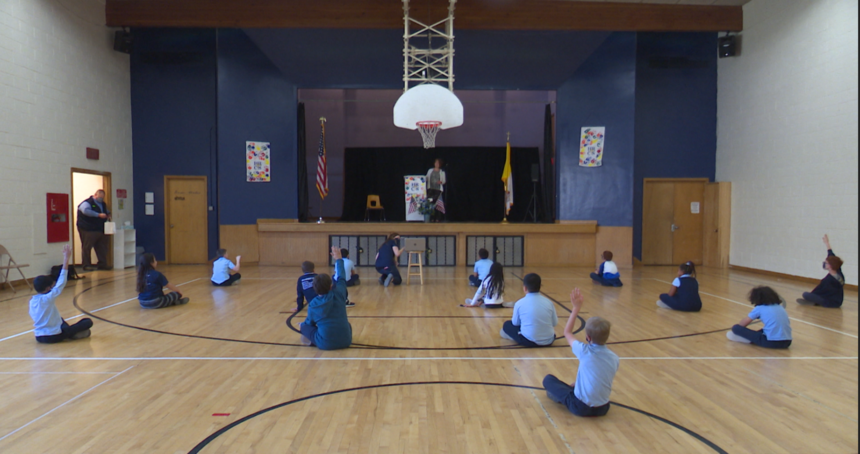 IDAHO FALLS, Idaho (KIFI/KIDK) - Before Tuesday's historic elections, there are still lessons to be learned about the political process.

"Well, they're the future voters, right? So while in school I want them to have their first taste of what government is all about. I want them to associate it with something very positive and understandable," said the city of Idaho Falls Mayor, Rebecca Casper.

In the fourth grade curriculum for social studies, they are learning about the election process, checks and balances, and how the government works.

Mostly focusing on the state of Idaho.

With the help of mayor Casper, students are learning the roles and relationships of our local government.

This lesson come at an excellent time as the 2020 elections are underway.

"I think it's important for them to know the importance of their civic duty and the responsibility to vote. So we just encourage all of the kids to learn about those things," said Carina Vanpelt Principal of Holy Rosary School.

At the assembly students' hands raised eagerly to answer questions and ask about our local government.

Fourth-grade students Taylor Carter and Austin Martin Say they were excited to hear from Mayor Casper and learn about our local government.

When asked why it was important to them to learn about how our government system works they responded, "So we can know who to vote for when we get older and how to vote," said Martin.

"Politics are so important right now because if you don't get the right person to do the right stuff then it's going to go downhill really badly and I don't want that to happen. So yeah, Go vote. That's it," said Carter.

After the assembly, students were asked what their biggest takeaway from Mayor Casper's lesson was to them.

What stood out to them the most was that anyone can run for office after they turn 18.

They were also excited to hear that voters are in charge of the country.