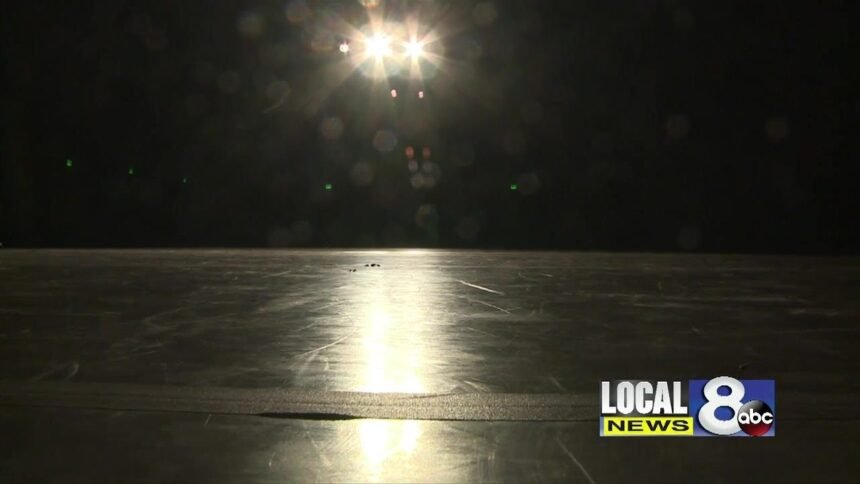 IDAHO FALLS, Idaho (KIFI/KIDK) - Our morning weatherman Jeff Roper went to investigate the spooky side of downtown Idaho Falls. The mission took him to the historic Colonial Theater.

"We were quite a hub of industry back in the day," Idaho Falls Arts Council executive director Brandi Newton said. "And one of those industries were brothels, so it would make sense that if you came to town to see a show you maybe sought a little company as well, so one of our buildings next to the colonial is a former brothel, and so some of those ladies we still think hang out around here."

"So what kind of sensation do you get?" Roper asked.

"It's that breath on your neck, around. I have been here when a light was off and it has now been on again," Newton said.

"You're on your own with that," Newton said.

Roper wasn't about to do this alone, so he enlisted of the Gem State Psychic, Liz Rivera.

"It seems like such a quiet, ya know, nobody does andything wrong, and there wasn't anything bad, and htey start explaining some of this history and you're like - that makes so much sense why downtown is so haunted," Rivera said.

And then Rivera felt her presence.

"There's somebody behind me right now," she said.

"Is there a way for her to tell us that she's here? Did I hear singing?"

"I did for a second, it was pretty quick. She has a green dress on. This is her escape, she gets to come here and watch. She is definitely attracted to the excitement.

Then they went to the projection room.

"It got warm all of a sudden," Roper said.

"This guy was his choice, you know, like somebody's got to do it," Rivera said. "Nobody should ever be afraid of him unless you're messing around."

Then with Rivera walking ahead of Roper, they went into the basement of the colonial theater. It's technically backstage, so this is not an area seen by many, so this is private for some of our friends that are visiting.

"I saw somebody move behind you," Rivera said. "Like over passed the drums, between the white beam. Just a shadow walked past."

"That was weird, I stood in the doorway and got this tingling paralyzing feeling," Roper said. "I got thumped in the back of the head and my arms are tingling right now."

"When I was looking at you there was kind of like an aura kind of around you," River said to Roper.

Rivera normally hosts the Historic Haunted Tour this time of year through the museum. You can find the details HERE.