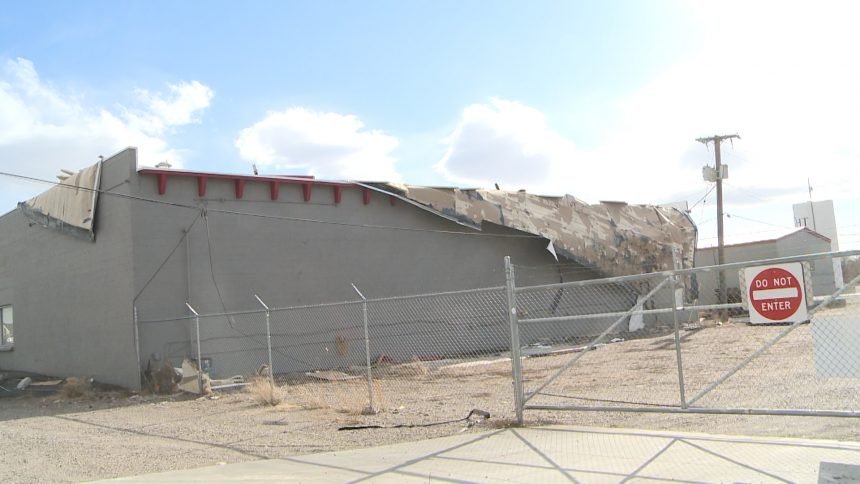 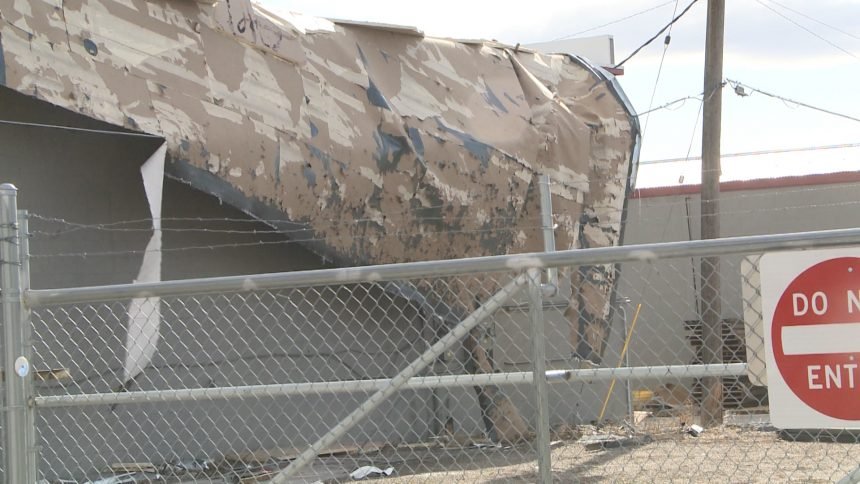 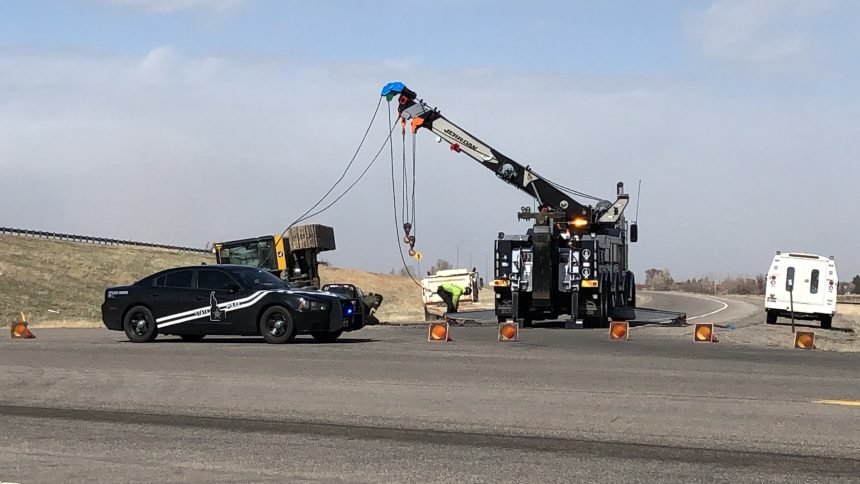 IDAHO FALLS, Idaho (KIFI) - Idaho Falls and Rigby areas seems to have had the strongest winds in the area, even though winds are strong all across the region.

A wind gust of 64 miles per hour was reported at the Idaho Falls airport Thursday afternoon around 2:50 p.m. A stronger gust of 66 mph was reported later at 3:22 p.m.

Interstate 15 between Idaho Falls and Roberts was closed around 1 p.m. because of the low visibility from the blowing dust.

Reports of trees and power lines were reported to fall down from Idaho Falls to Rigby.

Idaho Falls Power crews along with fire and police departments have been busy repairing electrical lines and check on tree damage around Idaho Falls. A pine tree even fell on to the Fire Department's 8th street offices.

A roof was also reported to be torn apart at Geary Pacific Supply on Holmes Avenue.

The giant U.S. flag at Camping World in Idaho Falls could be seen as ripping apart. Store managers said the chain to bring the flag down broke and were unable to get the flag down. They said they will have to wait until the wind calms down before can fix it.

Idaho State Police say the strong winds may have helped tip a backhoe off of a flat-bed trailer as it turned on to the US 20 northbound onramp at Hitt Road.

A wind advisory is in effect through 10 p.m. tonight across the region.

Share your storm photos with us by clicking here. Or send them by email to newsdesk@localnews8.com.