Millions of Russians are expected to head to the polls over a three-day period starting Friday in elections taking place against the backdrop of an unprecedented assault on democracy over the past year.

Voters will choose members of the State Duma — the lower house of the Russian Parliament — as well as several regional and municipal heads.

The ruling United Russia party, which backs President Vladimir Putin, is widely expected to win a majority. And country’s embattled opposition — which has backed tactical voting efforts to chip away at Putin’s monopoly on power — appears to have the slimmest of chances to reverse the country’s slide into authoritarian rule.

Two opposition activists who spoke to CNN allege that Russian authorities have gone to extreme lengths to prevent them from winning office, as part of a concerted attempt to quash electoral competition.

The head of Russia’s Central Election Commission, Ella Pamfilova, has dismissed criticism of the vote, saying the “entire political and social spectrum” of Russia is represented in the elections. But political observers say the vote leaves little room for genuine opposition to Putin and independent political activism is confined to an increasingly tight space.

The latest crackdown on political dissent was signaled when Kremlin critic and opposition politician Alexey Navalny was poisoned with the nerve agent Novichok in Siberia in August 2020. Navalny blames Russian security services for the attempt on his life, which the Russian government has repeatedly denied. The US and European Union largely agree and have sanctioned Russian officials for their involvement.

After undergoing lengthy treatment in Germany, a defiant Navalny returned to Moscow in January 2021 — and was promptly detained. Navalny’s outraged supporters, including his wife Yulia Navalnaya, took to the streets and nationwide protests followed. But the following month, Navalny was sentenced to prison after a Moscow court ruled that he had violated his parole conditions in a 2014 case.

His sentencing prompted more demonstrations, but while tensions were high, with thousands of detentions and accounts of heavy handedness by police, Russia didn’t descend into the kind of mass unrest seen following the contested election in neighboring Belarus in 2020.

Nonetheless, Russian authorities responded robustly by outlawing Navalny’s political movement in April — labeling it “extremist,” forcing it to shut down and rendering its members ineligible to run in the elections.

Many of Navalny’s allies fled the country as a result, while others who stayed have been subjected to ongoing court cases — accused of violating sanitary rules during the pandemic by calling for protests — and have faced restrictions on their freedoms.

‘They are afraid of new leaders’

One Navalny ally, Violetta Grudina, told CNN that authorities went to extreme lengths to prevent her from standing in the elections at a regional level.

Grudina, who used to run Navalny’s Murmansk regional office, alleges that she was forcibly hospitalized for coronavirus in July in what she believes was an attempt to make her miss the deadline to submit the relevant election documents. Despite finally submitting her application, the local electoral commission didn’t register her as a candidate because of her “extremist” association with Navalny, she said.

“Putin does not like any kind of competition and he destroys all his political competitors. They [the authorities] are afraid of new leaders,” Grudina said, as she vowed to continue her efforts to implement political change.

Grudina posted an official response to her appeal to stay on the ballot on her Facebook page. The document — which CNN was not able to verify independently — said there was no evidence of violation of elections law.

Kremlin ‘clearing out the electoral field’

On May 31, Andrei Pivovarov, the former executive direction of Open Russia — an opposition group linked to once-imprisoned Kremlin critic Mikhail Khodorkovsky — was planning to go on vacation when law enforcement officers boarded his plane in St. Petersburg and arrested him. He has been in jail since then accused of leading an “undesirable organization,” and a Facebook post he shared in August 2020 has been cited as reason for opening a criminal case. Pivovarov answered in writing from a jail in Krasnodar to questions CNN sent to him.

“The main reason for my arrest was my plans to participate in elections to the State Duma,” he said in his written reply, adding that had concealed nothing and that he was ready to start campaigning when he was detained.

Pivovarov was not struck from the ballot. But his chances of winning from jail — as a candidate with the liberal Yabloko party — have clearly diminished.

“In these elections, the Kremlin has set itself the task of completely clearing out the electoral field … In the context of the falling ratings of United Russia and the growth of protest sentiments, strong independent candidates, due to their bright campaigns, could significantly affect the situation,” Pivovarov said.

“The Kremlin could not allow this on the eve of the 2024 elections and decided to completely clear up [the political ground] from all living things.”

Tatiana Stanovaya, a political analyst of Carnegie Moscow and founder of R.Politik, told CNN that the Duma elections were merely one factor contributing to the crackdown on dissent and that a referendum last summer which saw Putin’s constitutional terms essentially reset — paving the way from him to run again in 2024 — was a key turning point, and resulted in a “new regime.”

In her view, Russia’s siloviki — veterans of the security services who occupy key positions in the government — don’t care about the local elections. Rather, the harsh response to any civil disobedience is part of a “long term process” to maintain control in Russia, she said.

Pointing to low polling for Navalny across the country, Stanovaya said that with little resistance from society, authorities choose to go with the harshest approach they can.

But polling from state funded pollster VTsIOM also indicates that support for United Russia is low, at around 29%.

Stanislav Andreichuk is the co-chairman of Golos, an independent Russian vote monitor which was labeled a foreign agent last month. He believes this was done to make it more difficult for the group to monitor the elections, and says he believes authorities are concerned about flagging numbers and the possible influence of an initiative being encouraged by Navalny’s team, known as “Smart Voting.”

Smart Voting urges Russians to vote tactically in support of a candidate most capable of unseating an incumbent from United Russia. Navalny’s team published its list on Wednesday with very few opposition candidates standing; most of the candidates it recommends are members of the Communist Party.

“Authorities are not entirely sure what results they will get due to civil activities and the influence of Smart Voting. This election is the first big [national] test for Smart Voting,” Andreichuk said.

Andreichuk concedes that United Russia is likely to gain a majority, as expected, but says the question is how large that is.

Russia’s internet watchdog Roskomnadzor blocked access to the Smart Voting website due to its connection to an “extremist organization,” a reference to Navalny’s now outlawed political movement.

And Kremlin spokesperson Dmitry Peskov suggested that smart-voting efforts were, in fact, a campaign designed to cast doubt about the legitimacy of the Russian elections.

“We have a negative view of it,” he said in a conference call with reporters Friday. “We think they are provocation attempts that actually harm the voters.”

Anastasia Bryukhanova is one of the few opposition candidates who is running for a seat in the Duma elections, in a wealthy Moscow constituency. She has been backed in Navalny’s Smart Voting list and says she hopes it will increase her share of the vote by 7 to 12%.

Despite the uphill battle for the opposition, she thinks it’s important to keep going.

“I believe that we should always participate,” Bryukhanova told CNN. “We can’t give up.”

Despite the pressure, Bryukhanova feels optimistic about the future of Russian politics. “Someday this regime will end anyway, for whatever reason. And by this time, I would like us to have this liberal force of people with experience in campaigning, politics and speaking,” she said.

Pivovarov told CNN that he thinks Russia will continue to see a further “tightening of the screws.” But he, too, remains optimistic, he said, because he believes from the number of letters he receives from across the country that the “majority” want change.

“They cannot yet be called oppositionists, but the demand for change is growing, and the composition of the State Duma that will be offered to them will clearly not satisfy them,” he said. 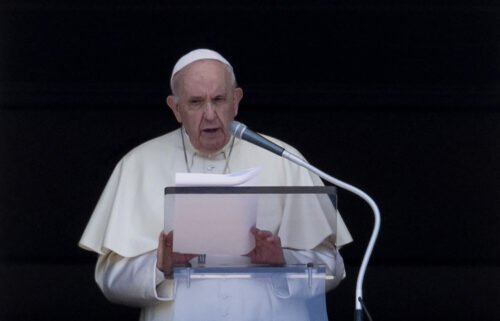