While the giant teddy bear only cost $30, Beary means a lot more to the Chubbuck community.

Typically, he can be seen waving to drivers on West Chubbuck Road from a sunroof, but after a robbery on Sept. 24, he’s nowhere to be found.

“We got a phone call and someone said, ‘Hey, someone stole your bear out of your car.’ I was like, ‘Oh, ha ha, so funny,’ because people like to prank about the bear a little bit,” said Kendra Rone, the State Farm Insurance agent whom Beary belongs to.

“Then, I lean back and look out my window, and sure enough, there’s no bear on top of my car,” she said.

The five-foot-tall teddy bear has been a staple at her agency for the past 2 1/2 years.

“He’s kind of become a fun little thing for people in our community to see. They recognize him. I put him in my car outside almost every day if the weather’s nice,” Rone said.

Beary was last seen wearing a white “My World” t-shirt.

When Rone called the Chubbuck Police Department to report the crime, police told her a witness had already notified them. Another witness wrote down the license plate number, make and model of the car the thief was driving. And, the Advantage Plus credit union across the street caught the robbery on a security camera.

But even though police know who owns the vehicle, they told Rone they couldn’t contact the owner.

“My intent is not to have someone go to jail over this. We would just like our bear back,” Rone said.

Rone isn’t pressing charges, but she is in the minority of people who would report this crime. Only one-third of property crimes like this one are reported to police, according to the Bureau of Justice Statistics (BJS).

Some people choose not to report the crime because they feel that it’s a personal matter or is too trivial to report.

“To me, finding a teddy bear is not what our police officers should be doing. They have more important things to be doing. But stealing from businesses in the community, regardless of what it is, should never be OK,” Rone said.

Others don’t report crimes because they feel that there’s nothing police can do to help. In most cases, they’re right.

The BJS reports, only 18 percent of property crimes that actually get reported are solved.

That’s bad news for Beary, but, luckily, he has the community looking out for him.

Rone said she had hoped this robbery was a silly prank, but at this point, she doesn’t think that’s the case. She said she hopes Beary was given as a gift to a child. 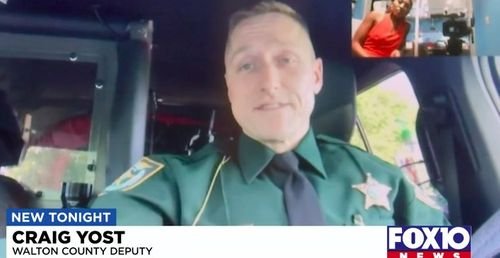 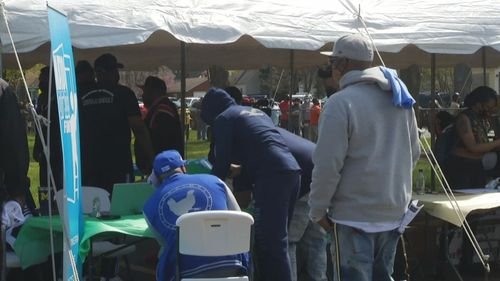