Nazanin Zaghari-Ratcliffe, the British-Iranian charity worker who has been jailed in Iran for almost five years, has had her ankle monitor removed, but now faces another trial on separate charges, according to her husband.

Zaghari-Ratcliffe has been under house arrest for almost a year because of the coronavirus pandemic. Her five-year sentence was due to end on Sunday.

“Still trying to get a handle on what is going on — but the news is mixed,” Richard Ratcliffe told CNN. Ankle tag from the first case is off, but Nazanin has been summoned to court next week for the second case. So the games continue.”

Iran’s semi-official news agency Isna quoted Nazanin-Zaghari’s lawyer Hojjat Kermani as saying she would be tried on her other charge on March 14.

UK Foreign Secretary Dominic Raab said he welcomed the news. “We welcome the removal of Nazanin Zaghari-Ratcliffe’s ankle tag, but Iran’s continued treatment of her is intolerable,” he tweeted on Sunday. “She must be allowed to return to the UK as soon as possible to be reunited with her family.”

An employee of the Thomson Reuters Foundation, Zaghari-Ratcliffe was detained at Tehran airport in April 2016. She was attempting to return home to London after visiting family with her daughter Gabriella, who was then 22 months old.

The Iranian government accused her of working with organizations allegedly attempting to overthrow the regime, charges she and Thomson Reuters Foundation consistently denied. She was sentenced to five years in jail.

In September, Iranian state media reported Zaghari-Ratcliffe and her defense lawyer were summoned to the “Branch 15” court to face new charges, but provided no further details. It remains unclear what the new charge or charges might entail.

The British government called the new charges “indefensible and unacceptable.”

Zaghari-Ratcliffe, now 42, was moved from prison to house arrest during the peak of the coronavirus pandemic in Iran. According to the British government, she was still in house arrest earlier this year.

She was given British diplomatic protection in 2019 and has been designated a prisoner of conscience by Amnesty International.

Speaking in the Parliament earlier this year, UK Prime Minister Boris Johnson said the government was “doing everything we can” to secure Zaghari-Ratcliffe’s release from “the completely unjustified detention in Tehran.”

Johnson has been personally involved in the case. In 2017, when he was the Foreign Secretary, he was forced to apologize after a serious misstep in which he told a parliamentary committee that Zaghari-Ratcliffe had been teaching journalism during her visit to Iran. He later clarified that she had been visiting relatives before she was detained.

The comments appeared to lead to Zaghari-Ratcliffe being summoned to an unscheduled court hearing, at which Johnson’s remarks were cited as proof that she had engaged in “propaganda against the regime.” A month later, he traveled to Tehran to press for the release of dual-nationals detained in Iran.

Zaghari-Ratcliffe has held at least three hunger strikes since being detained, one of them in a desperate attempt to receive medical treatment for lumps in her breasts and numbness in her limbs. Last February, her family said she believed she contracted the coronavirus in Evin Prison outside Tehran. In August 2018, Zaghari-Ratcliffe was treated in hospital after suffering panic attacks, her husband said. In 2019, her supporters said she was transferred to mental ward of a hospital in Tehran and was being denied visits from her father. 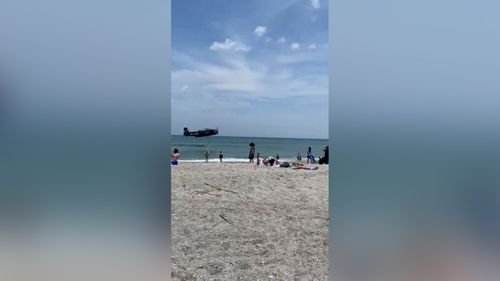