A two-day-old baby died in a Russian strike on a maternity hospital in Vilnyansk in southeastern Ukraine on Wednesday, as Moscow ramped up attacks on civilian infrastructure nationwide.

The newborn child’s mother and a doctor were pulled from the rubble of the destroyed medical facility in Zaporizhzhia, as nearby private houses were also damaged in the devastating S-300 missile assault.

The scenes from the attack on Wednesday mirrored those of a catastrophic strike on a maternity and children’s hospital in the southern city of Mariupol in March, as part of Russia’s wider campaign targeting health care facilities across Ukraine.

Ukrainian medical facilities have been hit by a wave of missiles in recent months, with the World Health Organization having identified some 703 attacks on medical complexes across the country since February.

About one in five people in Ukraine has difficulty accessing medicine, Dr. Jarno Habicht, the World Health Organization’s representative in Ukraine, said on Monday. The problem is worse in Ukrainian regions occupied by Russia, with one in three people there unable to get the medicine they need, Habicht added.

It is a problem that will be exacerbated by heavy snowfall during Ukraine’s harsh winter season, which poses a “formidable challenge” to the health system, the WHO official warned.

‘Prepare for the worst’

Further north in Kyiv, Russia unleashed a deadly missile on an infrastructure facility after the city’s mayor warned of a harsh winter ahead amid widespread power cuts and dropping temperatures.

The attack on Wednesday killed at least three people, including a 17-year-old girl, and injured at least 11 others, as local authorities later suspended water supply in the region following the shelling.

Ukraine’s state energy operator, Ukrenergo, said the strike in Kyiv contributed to power outages across every region of the country on Wednesday afternoon, as recent Russian strikes targeting critical infrastructure wiped out much of the nation’s power supply.

“We must also prepare for the worst scenario,” the mayor of Kyiv, Vitali Klitschko, told Germany’s Bild newspaper.

“That would be if there were widespread power cuts and the temperatures were even colder,” he said in an interview published Tuesday.

“Then parts of the city would have to be evacuated, but we don’t want it to come to that!”

The Kremlin has been accused of deliberately targeting Ukraine’s civilian power grid in an effort to leave the civilian population without electricity and heat — an act that would amount to a war crime. A senior US State Department official said Monday that a consistent pattern of Russian attacks on civilian elements in Ukraine was “deeply troubling.”

In a symbolic move that echoed Western leaders’ condemnation of Russia’s invasion, the European Parliament on Wednesday recognized the country “as a state sponsor of terrorism and as a state which uses means of terrorism.”

The EU Parliament called on the European Union “to further isolate Russia internationally” in a non-binding resolution, according to a press release.

“Russia must be isolated at all levels and held accountable in order to end its long-standing policy of terrorism in Ukraine and across the globe,” he tweeted.

CNN has reached out to the Russian authorities for comment. 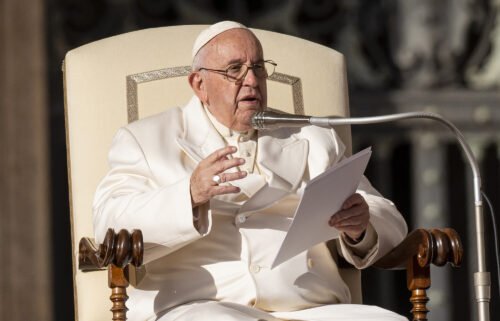 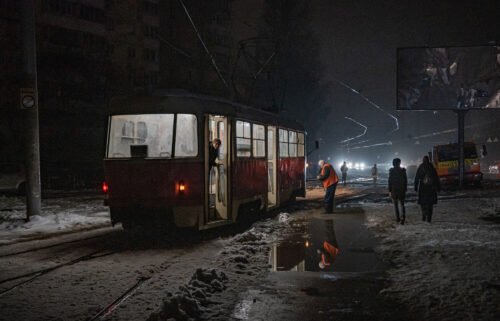 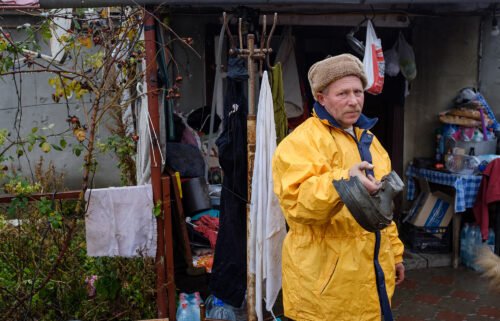