A local nonprofit was founded out of personal struggle. Now it's an organization that helps provide trained service dogs for veterans who need them. Time to pay it forward.

Meet Ollie. He's a 2-year old Bernedoodle. He's not just any ol' dog. He has an important job to do.

"So after I had some difficulties myself, I was recommended a service dog," said Lauren Alexander.

That's right. Ollie is her service dog. Alexander grew up in Idaho Falls and later moved to New Jersey. She came home to Pocatello to attend school. She comes from a military family. She was diagnosed with post traumatic stress disorder (PTSD) when she was just 18, but not military-related.

"My insurance company didn't even recognize PTSD as the diagnosis because I wasn't military. And so there are a lot of people out there that are outside the military that have PTSD, that sometimes you don't even know what's going on," said Alexander.

She said she didn't even know what was going on in her life, but it wasn't until later, that she knew what she had to do.

"I had a friend from high school who committed suicide and that was really the pushing factor for me because he was recommended a service dog. He couldn't afford it. He served three tours. He did so much for our country and he wasn't able to get the help that he needed. And when we were at his funeral, his parents were telling me that his psychologist said there was about an 85% or more chance that if he had a service dog that was properly trained, his suicide would have been prevented, if not at least postponed long enough for him to get help," said Alexander.

From there, she founded Canine Champions for Veterans. It functions as the go-between organization that coordinates all the actions that allows a veteran to get a service dog.

"And so I started looking into the benefits and it is insanely expensive. To get a properly trained service dog, if you are not being charged about $25,000, chances are training is not sufficient," said Alexander.

It can go as high as $40,000 according to Alexander. It's all because of the training. Canine Champions are specially trained by a team in Salt Lake City, Utah. It can take up to six months to train a special dog, like Ollie, to become a service dog.

"So we were looking at doing a service dog something or another. And then my dad had a friend who committed suicide as well. So there was just a huge need that we discovered," said Alexander, as a man walked into the office where she was seated.

"We've heard about your awesome organization and what you've been doing in our community." said Carling.

"That I know you can use and put towards affecting more of the lives of our veterans in our community," continued Carling.

"So on behalf of Mountain America, we appreciate what you do and would like to Pay it Forward," said Carling.

"Thank you. Oh my gosh! Thank you. Can I give you a hug?" asked Alexander.

Last year, Canine Champions for Veterans was the American Airlines Sky Ball Service Provider of the Year. They have also partnered with the National Fantasy Football Convention that was started by former Dallas Cowboys quarterback, Tony Romo in Texas.

Canine Champions for Veterans has placed eight service dogs since it was founded in 2016. Alexander said it looks like they are on track to place 20 in 2018. 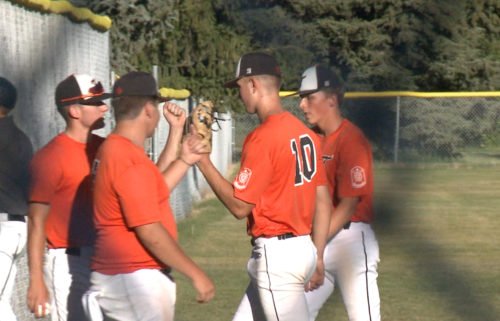 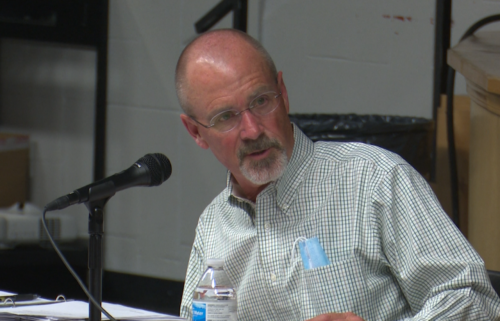 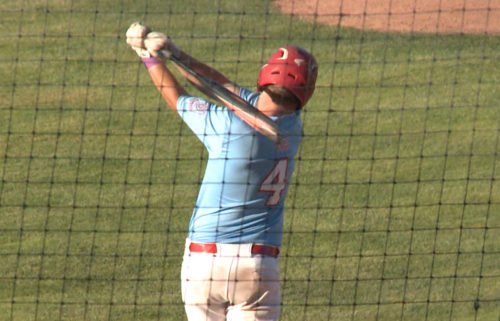