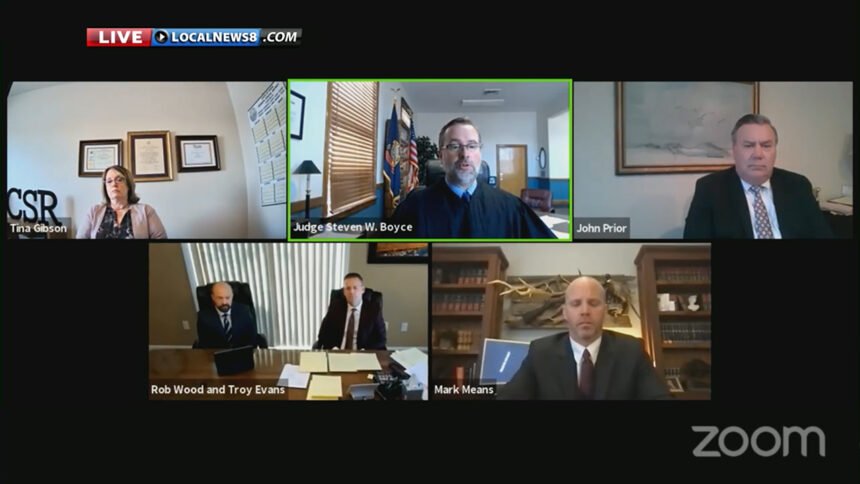 Judge Boyce ruled there was no significant evidence presented by the defense attorneys that Wood engaged in misconduct when interviewing Lori Vallow-Daybell's sister, Summer Shiflet.

The hearing lasted most of Wednesday and then continued Friday afternoon. You can watch it below.

The defense team hinted in Friday's hearing they would continue to investigate and motion for a pretrial 'taint' hearing to make sure other witnesses in the case were not influenced or coached in any way.

The judge said he leaves it up to Wood whether to apologize to defense attorney Mark Means for his demeaning statements.

Judge Boyce said if the Idaho State Bar were to take any action, the court would be notified and this issue may be reopened.

You can watch Wednesday's livestream below.

At the center of this hearing is a recording that reveals the prosecution's efforts to seek murder charges against Lori Vallow-Daybell and Chad Daybell.

The recording is a piece of evidence presented by the defense team to support their claims that Wood worked to coerce or intimidate witnesses in the case.

The defense says it is an unethical attempt to communicate with Lori without counsel.

In the recording, you can hear Wood talking to Summer Shiftlet, Lori's sister, about Lori's attorney Mark Means.

"We were able to put them in jail on high bail on these lower charges and put together a case," he said. "Our goal is to have such a strong case that when she has competent counsel. I don't know if you know, her attorneys have never handled a felony case before. He's never, never, done any meaningful criminal work at all. He doesn't know what he's doing. He's a nice guy, but he doesn't know what he's doing and once we file further charges she will be appointed counsel who know what they are doing and our goal is to put together such a case that they are smart enough to say, "It's going to be better to talk.""

Legal experts who testified today say they also take issue with Wood's practices throughout the recording - calling it "clear coaching."