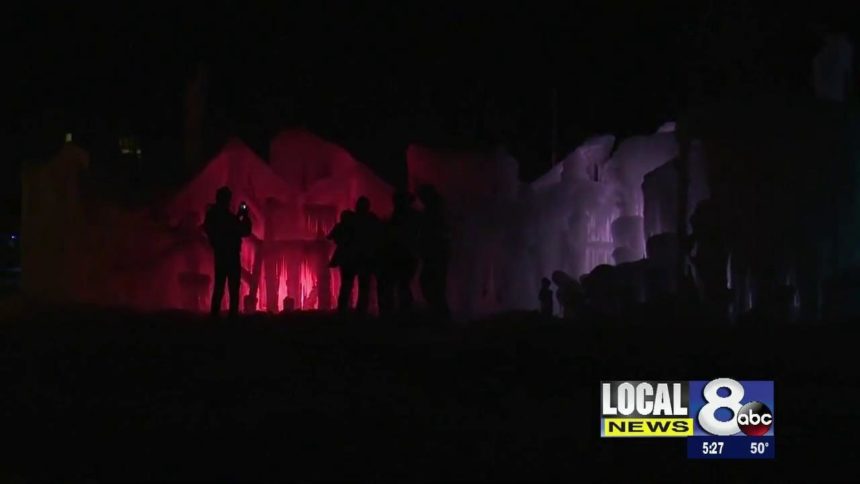 POCATELLO, Idaho (KIFI/KIDK) - What's in a name? Hundreds of thousands of dollars.

Two competing companies deliberated at the Pocatello U.S. District Court on Monday over what an icicle can be defined as.

The Rigby based company, La Belle Lake Ice Palace, set up shop about two years ago. They created a winter wonderland, similar to the international company, Ice Castles.

The day Ice Palace opened, they were hit with a cease and desist letter, saying the company was infringing on Ice Castles' patent.

After deliberating over the definition of an icicle and several other terms laid out in Ice Castles' patent, the fate of the Rigby company is left in Judge David Nye's hands. Nye will take what he heard in court on Monday under advisment and determine what definitions will be provided to a jury, if the trial continues.

The most disputed term was what an icicle is.

Ice Castles said an icicle is any elongated peice of ice, but that definition wasn't explicitely laid out in their patent.

If that definition is upheld, Ice Palace could be considered infringing on the patent, becuase they build their structures with "ice logs."

“I just think, dragging this out, it kind of feels like your life is on hold until it’s done. So, we’ll just keep fighting them," said Jim Youngstrom, owner of LaBelle Lake Ice Palace.

Despite the lawsuit, Ice Palace is planning on opening for their third winter.

Ice Castles' attorneys would not provide a comment at this time.